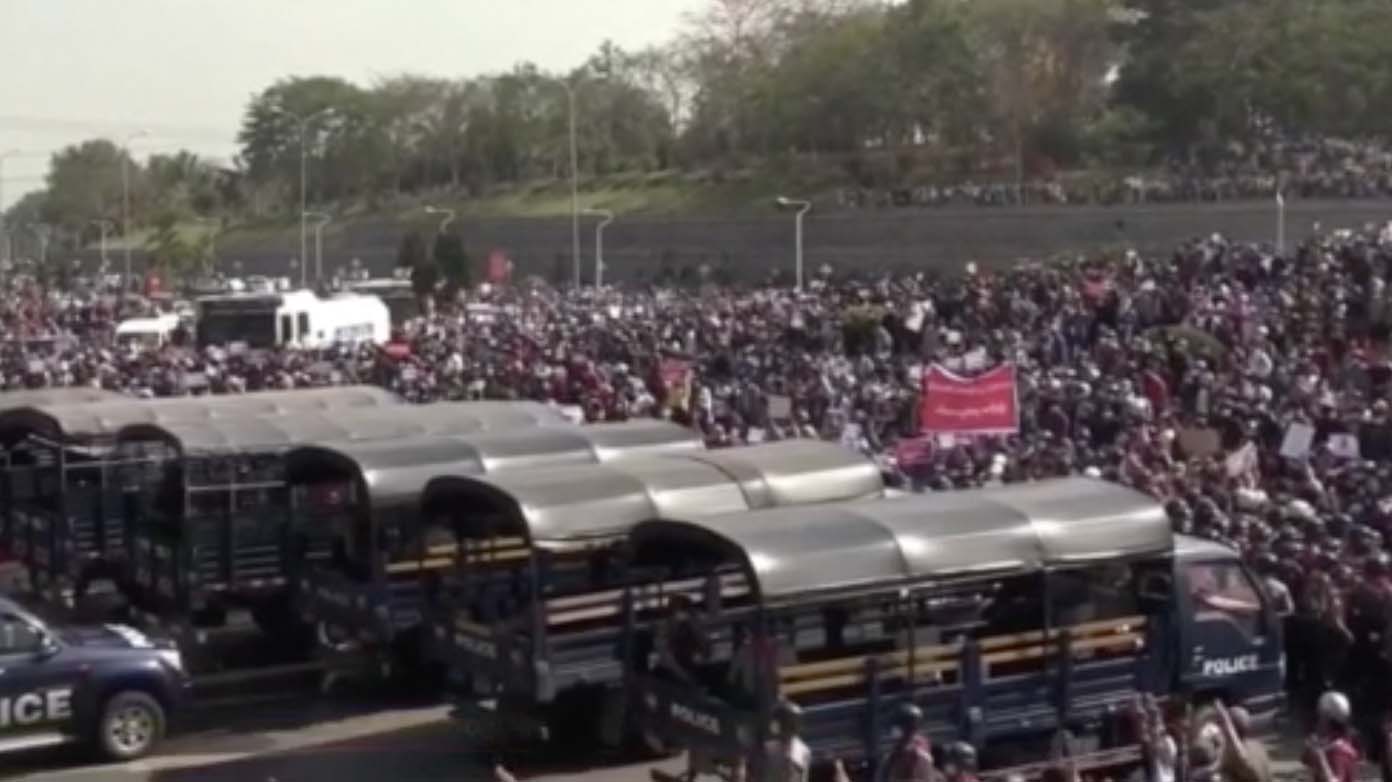 Myanmar will hold a new election and hand power to the winner as tens of thousands of people took to the streets for a third day to protest against last Monday's military takeover.

In his first televised message to the public after the declaration of a one-year state of emergency, Senior General Min Aung Hlaing, said that during the period, there will be no change in foreign, executive and economic policies, and Myanmar will continue its current political path.

Arrangements are being made to help the businesses which were affected by COVID-19, the commander-in-chief said, calling for investment from both home and abroad.

The council's chairperson stressed plans to achieve peace across the country in accordance with a nationwide ceasefire agreement and called for cooperation among ethnic groups and ethnic armed organizations to help achieve peace.

He also said that Myanmar will conduct friendly cooperation with all countries while the country's foreign policy will not change, and reiterated a five-point roadmap to be implemented during the state of emergency.

Under the roadmap, the Union Election Commission, which was recently reformed, has been reviewing the electoral process of last year's general elections, he said. He accused the election committee of using the coronavirus pandemic as an excuse to prevent fair campaigning and said it must be reformed.

"We will have a multiparty election and we will hand the power to the one who wins in that election, according to the rules of democracy," he said.

He gave no time frame but has said a state of emergency will last one year.

In the capital Nay Pyi Taw, crowds of protesters chanted slogans against the takeover, according to media and a live feed of events. Police turned water cannon on protesters to disperse the massive crowd, but the protests ended without bloodshed.

The government staff, doctors and teachers are among those who have rallied to the call for civil disobedience and strikes.

"We request government staff from all departments not to attend work from Monday," said Min Ko Naing, one of the protesters.

Martial law was declared on Monday in parts of Myanmar, including Yangon and second largest city Mandalay, after hundreds of thousands rallied across the country. The military also issued a stern warning against further protests.

The country declared the state of emergency after President U Win Myint and State Counsellor Aung San Suu Kyi were detained by the military on February 1.

The military had demanded the postponement of new parliamentary sessions, citing massive voting fraud in the November 2020 elections, which saw the National League for Democracy win a majority of seats in both houses of parliament. Myanmar's Union Election Commission dismissed the allegation.

Protests across Myanmar continued on Monday. Demonstrators demanded the release of Aung San Suu Kyi, among others.

The Myanmar military called for stability, public security and rule of law in the country amid ongoing protests earlier on Monday.