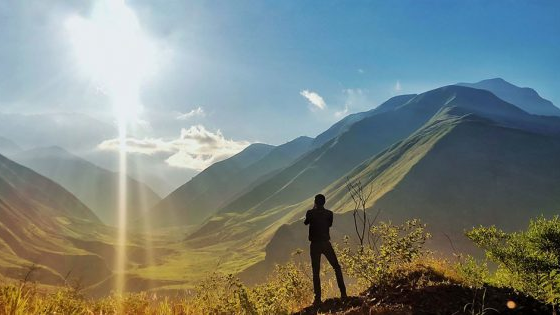 The globe is likely to see a rise in temperatures between now and April despite the cooling effect of the latest La Niña weather phenomenon, which has passed its peak, UN climate experts said on Tuesday.

"But impacts on temperatures, precipitation and storm patterns continue", the World Meteorological Organization (WMO) said in a statement.

The agency noted that above-normal temperatures in the next three months are expected in western, central, and eastern Asia and over the southern half of North America and that there is a moderate likelihood (65 percent) that the La Niña event will continue into April.

La Niña refers to the large-scale cooling of ocean surface temperatures in the central and eastern equatorial Pacific Ocean, along with changes in winds, air pressure, and rainfall in the tropics.

It has been in place since August 2020, WMO said, "but this was not enough to prevent 2020 from being one of the three warmest years on record".

Turning to rainfall, WMO said that there were "increased chances of unusually wet conditions" that were consistent with La Niña's effects on regional climates, over much of South East Asia, Australia, and northern South America and islands in Melanesia.

Southern Africa may also see above-normal rainfall, the agency continued, along with "an increased probability of above-normal precipitation (possibly as snow) over much of the Northern Hemisphere north of about 45 degrees North", although WMO credited the "ongoing negative Arctic Oscillation" climate driver for this trend, which has been observed since December, rather than La Niña.

According to WMO data, East Africa's short but important rainy season from October-December saw generally drier conditions in the north and east, with wetter or nearer normal conditions in the south and west. Similar mixed rainfall patterns are forecast between now and April.

Many parts of southern Africa have seen above-average rainfall, WMO noted, with a significant exception being parts of Mozambique and Madagascar, which have seen little or no rainfall.