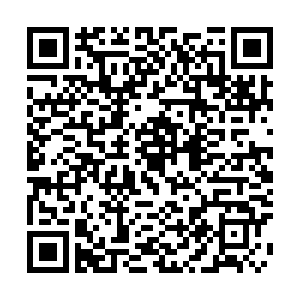 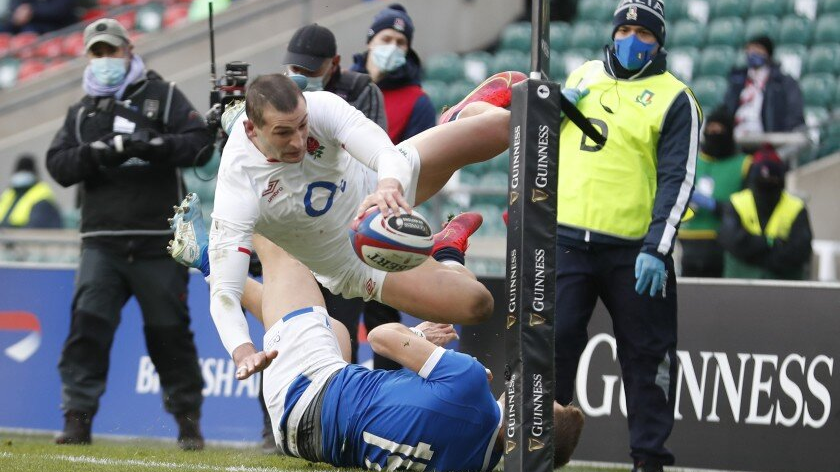 England's Jonny May scores a try during the Six Nations rugby union international match between England and Italy at Twickenham Stadium in London, Saturday, Feb. 13, 2021. /AP

England's Jonny May scores a try during the Six Nations rugby union international match between England and Italy at Twickenham Stadium in London, Saturday, Feb. 13, 2021. /AP

Jonny May scored the pick of England's six tries against Italy in a 41-18 bonus-point win that kickstarted its Six Nations title defense on Saturday.

A 28th straight victory over the Azzurri was not without its faults for the champions, however, with sloppy passing and loose defense giving the Italians some joy in an open match inside an empty Twickenham.

Returning to their home stadium a week after a chastening 11-6 loss to Scotland, the English predictably collected their first points of the championship after recovering from conceding a third-minute try. Tries came from lock Jonny Hill, Anthony Watson (2), fellow winger May, replacement flanker Jack Willis, and fullback Elliot Daly.

May's was one for the ages as he received the ball tight on the touchline late in the first half, leapt high over the attempted diving tackle of Luca Sperandio and managed to place the ball down with his left hand as he crashed into the corner flag.

That gave England a 20-8 lead at halftime and Eddie Jones' side pulled away for a result that was about on par with the average margin of English wins in this fixture at Twickenham, which was 43-12 coming into Saturday.

The Italians slipped to a 29th straight loss in the championship, stretching back to 2015, but will take solace in giving the English a proper game right from the moment halfbacks Stephen Varney and Paolo Garbisi combined to send wing Montanna Ioane — the nephew of Australia's Digby Ioane over in the left corner.

A 44th-minute penalty from flyhalf Garbisi briefly trimmed the deficit to 20-11, and even though England powered clear, the Azzurri at least managed an excellent second try through Tommaso Allan after he ran onto a pass out of a tackle from Federico Mori.

Still, it was a second straight heavy loss, after losing to France 50-10 last weekend.

Willis' joy at barging over for a 60th-minute try, on his first Six Nations appearance, was tempered five minutes later when he was turned at a ruck and twisted his left knee, his screams easily heard inside the empty stadium. He received lengthy treatment and was driven off while lying on a stretcher.