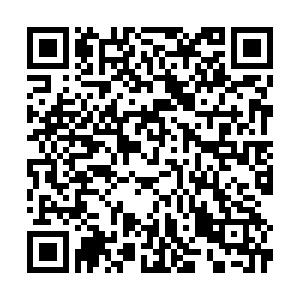 Consumer spending during the Chinese Lunar New Year holiday surged noticeably, according to latest statistics from the Ministry of Commerce (MOFCOM).

The combined sales of major retail and catering enterprises in China rose 28.7 percent year on year to 821 billion yuan (about $127.5 billion) during the Spring Festival golden week, data from MOFCOM showed.

The Spring Festival, or the Chinese Lunar New Year, is an important occasion for family reunions, which falls on February 12 this year, and many places across China have encouraged residents and migrant workers to stay put for the festival to reduce the flow of personnel and curb the spread of the COVID-19 pandemic.

Consumption during the Spring Festival went up by nearly 30 percent as compared to the year-earlier period, leading up to an impression of consumption frenzy. But the consumption could be just "lukewarm" after in-depth analysis of the data, according to Chen Xi, fixed income analyst at Pacific Securities.

"In the absence of the low base effect, the thrilling 28.7 percent consumption ascent would immediately nosedive to minus 2 percent. Besides, only major companies in the retail and catering sector were counted, instead of all of them," Chen said.

"The data speaks volumes for the fact that 'stay-put' Chinese New Year is a boost to high-end consumption in major cities, but exerts an adverse effect on overall national consumption."

"China's overall consumption demand remains tame and the low- and middle-income class has not pulled away from the shockwaves sent by the pandemic."

With the recovery of overseas production, China's net exports, which are far above the historical level, cannot be sustained (after removing the base effect), Chen added.