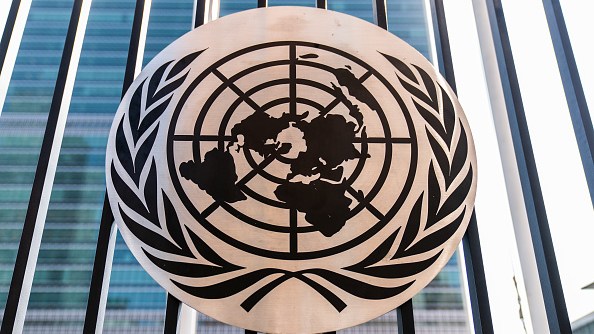 Officials from the United Nations condemned an attack against a joint field mission of the World Food Programme (WFP) in Kibumba, near Goma, North Kivu.

Three people, including the Italian Ambassador to the Democratic Republic of the Congo, Luca Attanasio, were killed in the incident.

An unspecified number of passengers who had traveled with the team were also injured.

The delegation was traveling from Goma to visit a WFP school feeding program in Rutshuru when the attack happened.

UN Secretary-General António Guterres appealed to the Congolese government to promptly investigate the "heinous" attack even as he pledged the organization's support to restore peace and stability in the restive eastern region.

"I strongly condemn the attack against a WFP joint field mission in the Democratic Republic of the Congo, which resulted in the killing of the Italian Ambassador to the country, his bodyguard & a WFP colleague. The perpetrators must be brought to justice," Guterres said.

WFP Executive Director David Beasley said the attack was a reminder of the dangers that humanitarian workers faced while in the line of duty.

"This terrible attack in DRC is a reminder of the dangers that our humanitarian colleagues and our partners experience on a daily basis to help others in need."

Jean-Pierre Lacroix, the Under-Secretary-General for Peace Operations, echoed Guterres' comments in calling for the perpetrators to be brought to justice.

"I strongly condemn today's attack on vehicles of WFP near Goma, DR Congo, which resulted in killing of Italian Ambassador, his colleague & WFP DRC staff member. My deepest condolences to their families, and to Govts of Italy & DRC & WFP. Perpetrators need to be brought to justice."

An Italian military plane departed from eastern DR Congo on Tuesday afternoon to take the bodies of Attanasio and his bodyguard Vittorio Iacovacci home, their coffins wrapped in the Italian flag.

Congolese authorities accused rebels of the Democratic Forces for the Liberation of Rwanda (FDLR) movement as being responsible for the ambush.

However, the Hutu militia which is active close to the area where the attack happened denied any involvement in what it described as a "cowardly assassination".

"The FDLR declare that they are in no way involved in the attack," the group said in a statement.