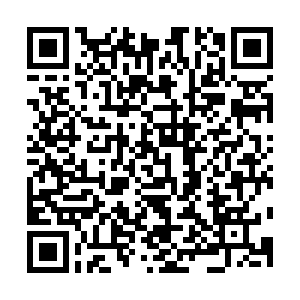 FILE PHOTO: A protester holds up a sign with the images of detained Myanmar civilian leader Aung San Suu Kyi (R) and president Win Myint during a demonstration against the military coup in Yangon. /VCG

FILE PHOTO: A protester holds up a sign with the images of detained Myanmar civilian leader Aung San Suu Kyi (R) and president Win Myint during a demonstration against the military coup in Yangon. /VCG

Myanmar's Ambassador to the United Nations Kyaw Moe Tun was fired a day after he urged the international community to use "any means necessary to take action" against the military following the February 1 coup, state TV reported on Saturday.

Tun told the UN General Assembly on Friday that he was speaking on behalf of the ousted civilian government of elected leader Aung San Suu Kyi.

State television MRTV said Tun had "betrayed the country and spoken for an unofficial organisation which doesn't represent the country and had abused the power and responsibilities of an ambassador".

Tun made a passionate speech in which he urged the global community to help "restore the democracy" in what was a rarity as a representative broke with the rulers of the country they represent during such an address.

"We need further strongest possible action from the international community to immediately end the military coup, to stop oppressing the innocent people, to return the state power to the people and to restore the democracy," he said.

Tun appealed to all member states to issue public statements strongly condemning the coup during the special meeting on Myanmar and not to recognise the military regime or cooperate with it.

He added that member states should demand that the junta respects the outcome of last year's democratic elections.

He also went on to hold up three fingers, a gesture against authoritarian rule which has been adopted by protestors against the coup in the country.

Earlier, the UN envoy to Myanmar Christine Schraner Burgener said she "strongly condemns" recent steps by the junta including "unacceptable" use of lethal force, and called for the international community to press for a return to democracy.