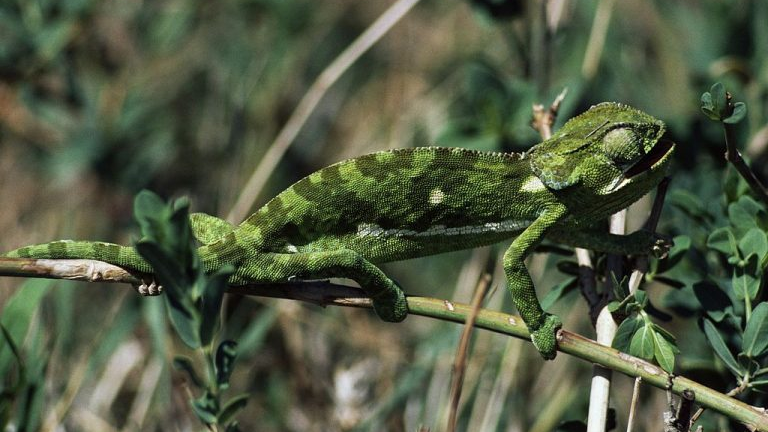 Tanzanian authorities said Saturday they had started a process to bring back smuggled chameleons that were seized in Austria in January.

Allan Kijazi, the deputy permanent secretary in the Ministry of Natural Resources and Tourism, said the government has started applying for permits from the Convention on International Trade in Endangered Species of Wild Fauna and Flora (CITES) to bring back the chameleons.

"CITES is mandated to allow us to bring back the chameleons. Hopefully, the permits will be released soon," Kijazi told Xinhua in a telephone interview.

The official added that two Tanzanians have been arrested by police in connection with the smuggling of the chameleons into Austria as investigations continued.

"Local police in collaboration with the International Criminal Police Organization is still hunting down a syndicate of criminals that were involved in the smuggling of the chameleons," said Kizaji.

On January 26, the director of wildlife in the Ministry of Natural Resources and Tourism, Maurus Msuha, said the government had launched investigations to establish how 74 protected chameleons from the East African nation were smuggled to Austria.

The investigations followed reports that the protected chameleons, which are from the Usambara Mountains in Tanzania, were seized in Austria.

According to local media reports, Austrian authorities stopped a man at Vienna airport as he tried to smuggle the protected chameleons from Tanzania into the country.

The reports said the 56-year-old man, who was not further identified, had hidden the animals in socks and boxes when he was caught at the customs checkpoint in Vienna. He had traveled to Austria from Tanzania via Ethiopia.