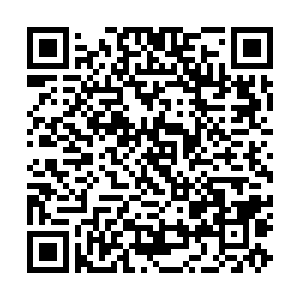 The theme of the 2021 International Women’s Day is “Women in Leadership: Achieving an equal future in a COVID-19 World.” /VCG

The theme of the 2021 International Women’s Day is “Women in Leadership: Achieving an equal future in a COVID-19 World.” /VCG

According to the United Nations, International Women's Day is a time to reflect on progress made, to call for change and to celebrate acts of courage and determination by ordinary women, who have played an extraordinary role in the history of their countries and communities.

The agency acknowledges that the world has made unprecedented advances, but no country has achieved gender equality.

The theme of the 2021 International Women's Day is "Women in Leadership: Achieving an equal future in a COVID-19 World."  It reflects the determination of the international community to support Gender equality and the Empowerment of women, through their participation and representation at the level of all decision-making bodies.

African leaders showed their support and appreciation of efforts aimed at making even more strides in empowering the continent's women and actions taken to achieve gender equality.

"On International Women's Day, I pay tribute to the Egyptian woman, who was and still carries the conscience of this nation on her shoulders, with determination, mettle and perseverance befitting her eternal position in history," he added.

The African Union Commission chairperson, Moussa Faki Mahamat, in a statement acknowledged that women and girls continue to be the primary victims of the conflicts and crises afflicting Africa. He called for united efforts aimed at achieving gender equality and women empowerment on the continent.

"Equality and the empowerment of women are seen as factors for the development of African women, as an opportunity to get them out of their deplorable conditions, made up of violence, exclusion and prejudice," he said.

South African President Cyril Ramaphosa acknowledged women's contribution to his country's progress so far despite them still being “under-represented in the boardrooms and corridors of power.”

Gabon President Ali Bongo Ondimba also paid tribute to women and their efforts towards the building of nations. He called for the protection of women's rights to enable countries to harness their potential.

"Guaranteeing women's rights is in everyone's interest. It is not only a question of social justice but also of efficiency. To develop, Gabon needs all their skills," said Bongo.