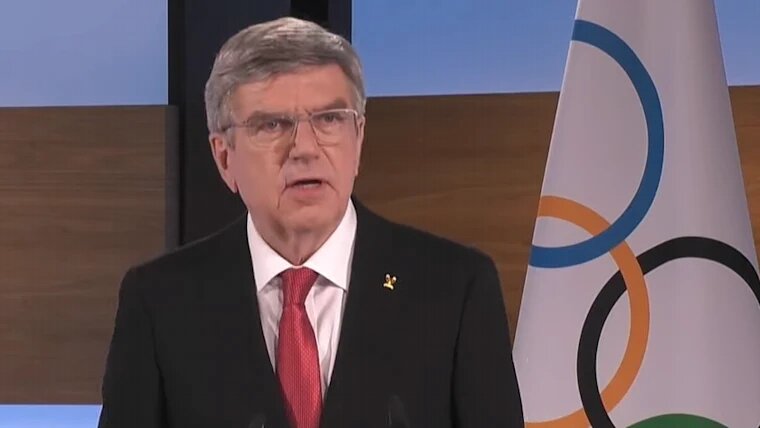 International Olympic Committee (IOC) President Thomas Bach has been re-elected for an additional four year-term at the 137th IOC Session.

The Olympic champion, who won gold as part of the West German foil fencing team at the Olympic Games of Montreal 1976, won re-election on Wednesday with 93 yes votes and one no out of 94 total valid votes.

President Bach was first elected IOC President in Buenos Aires in 2013 for an eight-year term. That term will end on the last day of the Tokyo 2020 Games on 8 August 2021 with his second term beginning immediately after, concluding in 2025.

"Thank you very much from the bottom of my heart for this overwhelming vote of confidence and trust," the German said following his re-election.

"For me, this is even more overwhelming considering the many reforms and the many difficult decisions we had to take which affected all of us.

"You know that this is touching me deeply. It also makes me humble. When you elected me for the first time as your President in 2013 in Buenos Aires, I said that I want to lead the IOC according to my campaign motto 'Unity in diversity' and be a President for all of you and for all our stakeholders.

"This commitment is also true for my second and last term. My door, my ears and my heart remain open for each and everyone of you. I hope that I can count on your continued dedication, support and friendship."

In his first term as IOC President, Bach initiated Olympic Agenda 2020, a set of reforms for the future of the IOC and the Olympic Movement.

Olympic Agenda 2020 was adopted in 2014 at the IOC Session in Monaco, and its Closing Report was approved by the IOC Session unanimously by a vote of 95–0 today prior to Bach's re-election.

In its place, its successor roadmap – named Olympic Agenda 2020+5 – will be discussed on Friday by the Session.

(With input from International Olympic Committee)