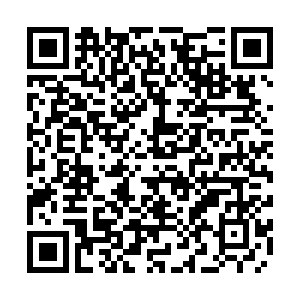 Russia on Thursday hosted a peace conference for Afghanistan in an attempt to help kick-start its stalled peace process between the Afghan government and the Taliban.

The one-day affair in Moscow brought together government representatives from China, the United States, Iran, India and Pakistan, the Taliban and international observers.

It is the first of three scheduled meetings before a May 1 deadline for the final withdrawal of U.S. and NATO troops from the country. That date was settled on under a year-old agreement between the administration of former U.S. President and the Taliban.

"We hope that today's talks will help achieve progress in the inter-Afghan talks," Russian Foreign Minister Sergey Lavrov said at the start of the meeting.

Many Afghans fear the withdrawal of U.S. and NATO troops may result in an escalation in fighting between the country's opposing factions.

Lavrov appealed to the Afghan government and the Taliban to take a constructive stance and make compromises, adding that international participants must aid in the creation of necessary conditions for reaching an agreement.

"The Afghan parties interested in the national reconciliation can reach peace only through negotiations and compromises," Lavrov said. "It's important to sign an agreement that would serve the interests of all key ethnic and political forces of the country and determine the vector of its development."

Russia is battling the U.S. for influence in Afghanistan, where it fought a 10-year war which ended in 1989, by reaching out to warring factions. Two years ago, Russia hosted talks between various Afghan factions.

The U.S. has fought in Afghanistan for 20 years following the September 11, 2001 terrorist attacks masterminded by al-Qaeda leader Osama bin Laden from Afghanistan. However, even with the U.S. spending nearly $1 trillion in its longest conflict, al-Qaeda is still present in Afghanistan, and an affiliate of the Islamic State group has taken root in the east of the country.