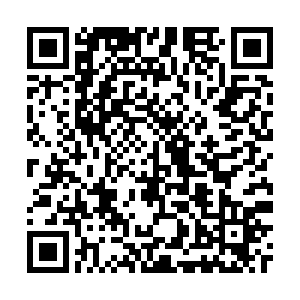 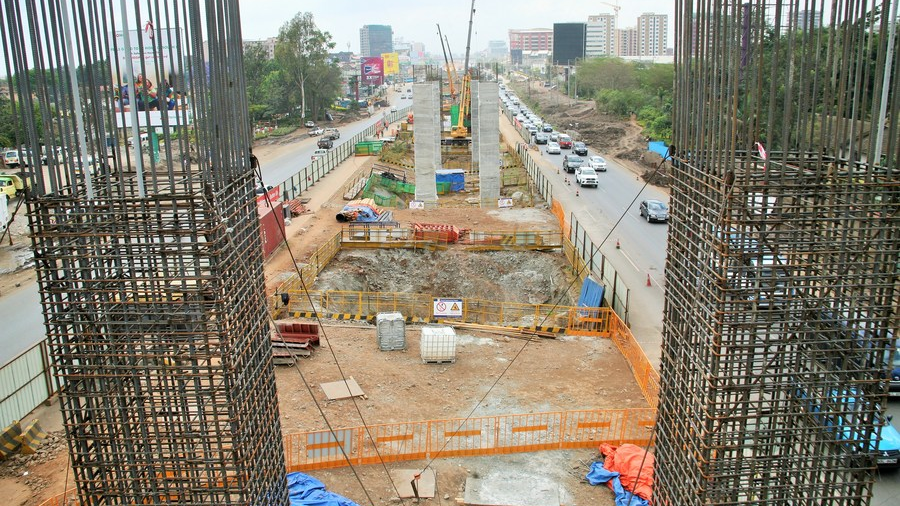 Photo taken on Oct. 14, 2020 shows the Nairobi Expressway is under construction at Bellevue in Nairobi, capital of Kenya. /Xinhua

Photo taken on Oct. 14, 2020 shows the Nairobi Expressway is under construction at Bellevue in Nairobi, capital of Kenya. /Xinhua

At Nairobi's Nyayo roundabout in Kenya, massive pillars holding heavy concrete slabs that are part of the expressway built by a Chinese company, stretch for about a kilometer.

On both sides of the roads, safety walls have been erected to protect motorists.

The same scenario is replicated at Bellevue, not far away, where heavy slabs seemingly hanging in the air give one a glimpse of what a suspended road would look like.

It is slightly over a year since China Road and Bridge Corporation (CRBC) started building the road but works are already at an advanced stage. The road has been constructed at a faster rate, which is hardly witnessed before in the east African nation.

The fast construction of the road has not only created buzz among Kenyans but also given thousands of commuters hope that soon traffic jams on the major artery would be a thing of the past.

"When construction started, I had thought of relocating from where I stay off Mombasa Road since I believed it would take up to four years to finish the road, but I was mistaken," Joseph Nzambia, a banker in Nairobi said recently. He discarded the idea when he saw the first pillars erected at Bellevue.

"Soon I know tarmacking would start and the road would be complete and we would forget about traffic jams," he said.

His sentiments are shared by hundreds of other commuters using the road.

The Chinese contractor has not only been lauded for fast work, but also for working to ensure minimal traffic disruption.

"In places where the firm has partially blocked the road, there is good diversion to ensure traffic flows. What causes traffic jams is bad behavior by Kenyan motorists," noted Nzambia, adding there is good road signage and safety walls to protect motorists and pedestrians.

James Macharia, cabinet secretary for the Ministry of Transport, Infrastructure, Housing and Urban Development, while on a tour of the expressway on March 31 said the Chinese contractor is on track.

"We expect the elevated highway, which is progressing at 60 meters per day from both ends to be completed by early 2022," Macharia said in a statement issued in Nairobi after touring the project.

Ernest Manuyo, a lecturer at Pioneer Institute in Nairobi, said faster completion of the highway would boost economic activity as the road is expected to start to be used sooner than planned.

The project has opened massive opportunities for local businesses as well as individuals, according to Kenya National Highways Authority, a state corporation.

More than 1,800 local youths have been employed by the contractor.