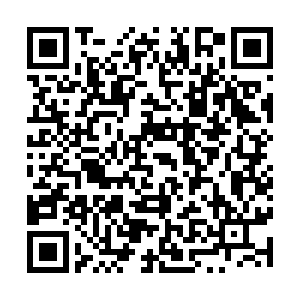 FILE PHOTO: Police use tear gas around Capitol building where pro-Trump supporters riot and breached the Capitol in Washington, DC on January 6, 2021. /VCG

FILE PHOTO: Police use tear gas around Capitol building where pro-Trump supporters riot and breached the Capitol in Washington, DC on January 6, 2021. /VCG

A founding member of the right-wing Oath Keepers, Jon Schaffer, on Friday became the first person to plead guilty to taking part in the U.S. Capitol riot.

Schaffer, a native of Indiana and founder of the band Iced Earth, entered a guilty plea to two felony charges of obstructing the certification of the 2020 election and breaching a restricted building.

During Friday's hearing, Schaffer's lawyer agreed that he entered the Capitol that day as Congress prepared to certify the Electoral College vote in favor of Joe Biden.

Schaffer was pictured during the Capitol riot wearing a cap with the insignia of the right-wing Oath Keepers.

Mehta indicated that Schaffer was involved in discussions about cooperating with government investigators and agreed to release him from custody on his own recognizance, with another hearing scheduled for mid-June.

On January 6, hundreds of supporters of former President Donald Trump stormed the Capitol in an attempt to overturn the November election results. Rioters battled with police, smashed windows and sent legislators scampering for safety.

More than 400 people have been arrested and charged with taking part in the riot. The most serious charges have been assault, conspiracy and obstruction of Congress or law enforcement.