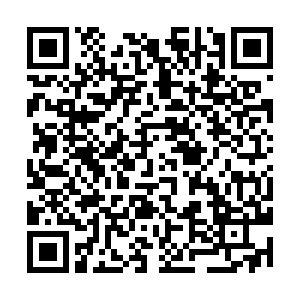 Russia has ordered its troops to withdraw from the border with Ukraine after a massive military build-up raised alarm from Western Europe to Washington.

Moscow said Thursday that forces should begin returning to their permanent bases, signalling a potential end to the standoff that sparked fears of a fresh military conflict.

The pullback follows massive drills conducted in the area Thursday.

After overseeing the exercises, Russian Defense Minister Sergei Shoigu said in a statement he believed "the objectives of the surprise check have been fully achieved," adding that the troops from Russia's southern and western commands had demonstrated the ability to ensure reliable defense of the country.

He said the troops should return to their bases by May 1, but he said some weapons and armoured vehicles should be left behind in western Russia for another military exercise later this year.

The apparent de-escalation was nonetheless welcomed by Ukrainian President Volodymyr Zelenskiy, who said on Twitter that the move "reduces tension."

"Ukraine is always vigilant, yet welcomes any steps to decrease the military presence," he added, while also thanking his country's international partners for their support.

Russia does keep a permanent contingent of forces along its 1,200-mile-long land border with Ukraine, but in recent weeks had massed tens of thousands of troops, convoys of tanks, artillery and other units.

Western officials and experts were left scrambling to decipher what Moscow might have been planning.

Both the United States and NATO condemned the build-up of forces, which they said surpassed the force deployed in 2014, when Russia annexed Ukraine's Crimean Peninsula using troops in unmarked uniforms and also began supporting separatists in Ukraine's east.

The Donbas conflict has rumbled on ever since, costing some 14,000 lives despite a series of cease-fires.