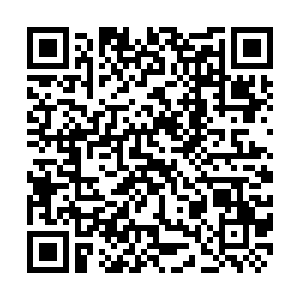 FILE PHOTO: Egyptian forward Mohamed Salah was on target as Liverpool drew 1-1 with Newcastle United at Anfield in the Premier League's early kickoff on Saturday. /VCG

FILE PHOTO: Egyptian forward Mohamed Salah was on target as Liverpool drew 1-1 with Newcastle United at Anfield in the Premier League's early kickoff on Saturday. /VCG

Egyptian forward Mohamed Salah was on target as Liverpool drew 1-1 with Newcastle United at Anfield in the Premier League's early kickoff on Saturday.

Salah held off a challenge by Matt Ritchie, controlled a loose ball in Newcastle's penalty area and swerved to fire the ball past Martin Dubravka in just the third minute.

Salah's goal was his 20th in the league this season and made him the first-ever Liverpool player to score at least 20 goals in three different Premier League seasons.

The 28-year-old scored 32 goals and 22 goals in the 2017-18 and 2018-19 seasons respectively. Before the game, he shared the record with former Reds strikers Robbie Fowler and Luis Suarez.

However, Liverpool were guilty of missing several gilt-edged chances which would have killed off the game. Despite Liverpool’s dominance, Newcastle also showed signs of danger with sporadic counterattacks, led by Allan Saint-Maximin, which Liverpool survived.

The hosts were nearly made to pay in the second minute of added time in the second half when Callum Wilson's equalizer was ruled out by VAR for a handball.

There was no denying the visitors three minutes later as substitute Joe Willock, on loan from Arsenal, rifled the ball into the net from close range and snatch a point for Newcastle.

The result saw Liverpool remain in sixth place on 54 points behind Chelsea and West Ham, who both have 55 points, in the race for the final Champions League slot in the league.

A win would have moved Liverpool up to fourth on 56 points ahead of the game between two London sides later on Saturday.

Newcastle, meanwhile, remains in 15th place but moved on to 36 points, nine clear of relegation-threatened Fulham who occupy 18th place.

(With input from Premier League)