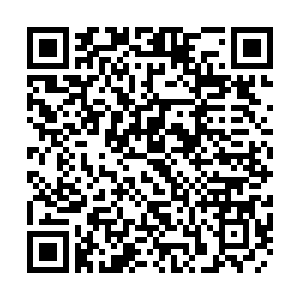 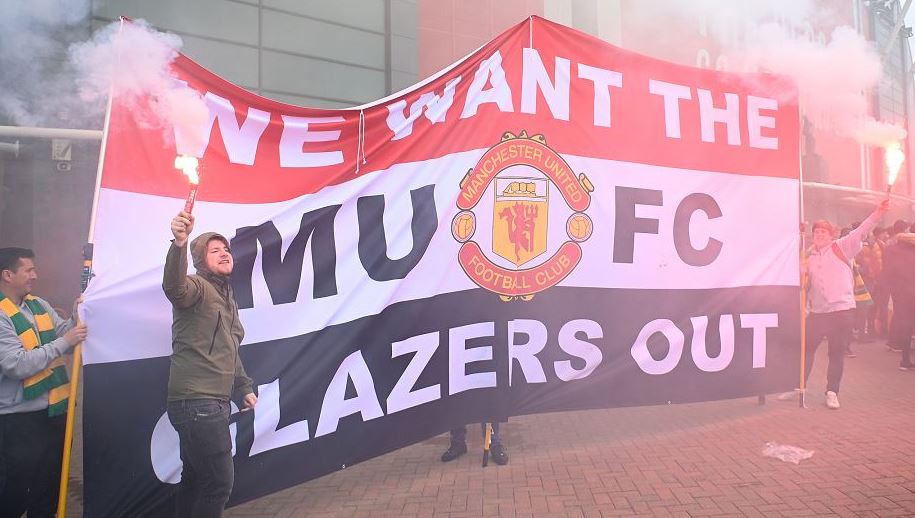 Protesters are seen outside the stadium prior to the Premier League match between Manchester United and Liverpool at Old Trafford on May 02, 2021 in Manchester, England. /Getty Images

Protesters are seen outside the stadium prior to the Premier League match between Manchester United and Liverpool at Old Trafford on May 02, 2021 in Manchester, England. /Getty Images

Manchester United's Premier League game against Liverpool has been postponed following fan protests against the Glazer family at Old Trafford.

Hundreds of angry fans stormed the pitch in protest against the controlling family and the club's decision to join the now-shelved European Super League proposal.

The Red Devils were scheduled to play Liverpool at 4:30pm local time before being delayed due to the protests and then ultimately being called off completely.

"Following discussion between the police, the Premier League, Trafford Council and the clubs, our match against Liverpool has been postponed due to safety and security considerations around the protest today," a statement from Manchester United said.

"Discussion will now take place with the Premier League on a revised date for the fixture."

The supporters, armed with smoke flares and anti-Glazer placards engaged police in running battles in efforts to disperse them from the stadium.

The Super League was announced on April 19, fronted by some of Europe's biggest football club as a rival to UEFA's established Champions League.

Manchester United and Liverpool alongside four other Premier League clubs considered to be part of the traditional top six clubs joined six other clubs across Europe's top leagues as the initial founders of the Super League.

The news of the new league sparked protests all around Europe, with fans and players – even from the founding clubs – strongly rejecting the idea.

All six English clubs pulled out of the Super League barely 24 hours after it was officially announced, but fans are yet to lay the matter to rest.