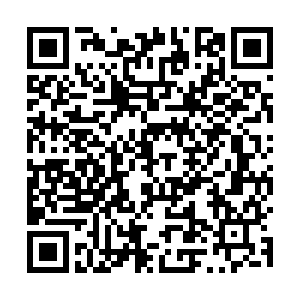 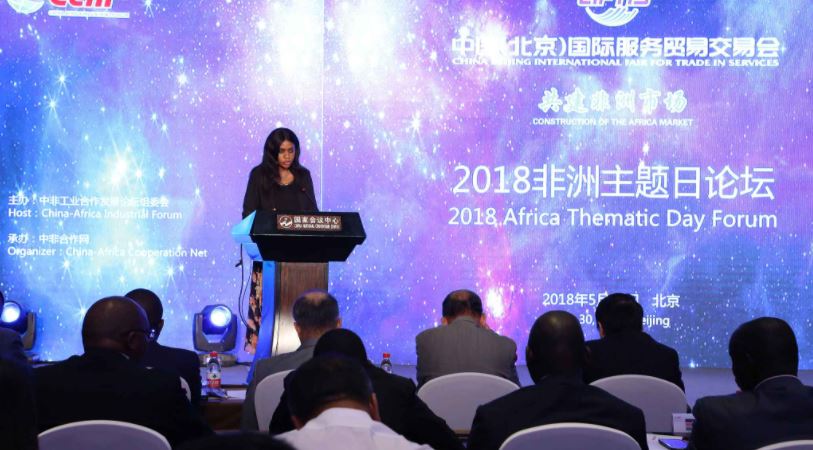 Gambian Deputy Ambassador to China delivers a speech at the African Theme Day Forum of the 2018 Beijing International Trade Fair, May 30, 2018. /VCG

Gambian Deputy Ambassador to China delivers a speech at the African Theme Day Forum of the 2018 Beijing International Trade Fair, May 30, 2018. /VCG

Elias Gebreselassie grew up in Addis Ababa, Ethiopia, and he, like his peers, has long thought that skyscrapers, shopping malls and highways could only be scenes in Hollywood movies.

The 34-year-old praised China's investment in modern infrastructure such as roads and social facilities, which made the capital a charming international metropolis and the headquarters of the African Union.

Gebreselassie said his understanding of China has been greatly improved after witnessing its contribution to Africa's socio-economic development through the construction of industrial parks, skyscrapers and electrified railway lines.

"This has inspired Ethiopian youths to know more about China and the Chinese people. Many young people, including one of my nieces, choose to study in China, and many others prefer to go to Ethiopian universities to study Chinese through Confucius Institutes," Gebreselassie said during a recent interview.

He said that the Kung Fu movies he had watched as a child gave him first exposure to the Chinese culture. His understanding of China has been further enriched through the east Asian country's technological prowess and rapid economic development.

"Recently, an increasing number of young Ethiopians have also gained a better understanding of China and the Chinese lifestyle through social media platforms such as TikTok," in addition to old movies, said Worku, another young Ethiopian.

According to the survey results released in November 2020 by Afrobarometer, a non-partisan research network, about 60 percent of young respondents aged 18 to 35 from 18 African countries think that China's economic and political influence on the African continent is "somewhat positive" or "very positive."

William Douglas, a 21-year-old young Tanzanian, said that household appliances, building materials and machinery made in China are popular among local customers due to high quality and reasonable prices.

"We watched many Chinese movies and TV series through the cable network," said Nurdin, a 25-year-old man, adding that his affinity to the Chinese culture has grown over the years thanks to thriving people-to-people exchanges.

Ibrahima Diao, a student at Cheikh Anta Diop University of Dakar in Senegal, believes that young Senegalese now know much more about Chinese culture than they did a few years ago, noting that the two countries have seen robust cooperation.

According to the World Population Prospects 2019: Highlights by the Population Division of the United Nations Department of Economic and Social Affairs, in sub-Saharan Africa, 62 percent of the population is below age 25 in 2019.

African youths have injected vitality into cultural and economic ties with China, through learning the Chinese language and embracing smart phones from China to power digital revolution in their native countries.

In Cameroon, a university student surnamed Oumar, said that Chinese smart phone brands have gained popularity with the central African nation's youths at a time when digital commerce and remote learning has become the norm.

"Young Africans are slowly but surely developing a lot of interest in China unlike before. They are particularly impressed by infrastructure development brought by China to many African countries," said Ndiye Kidet, an electronics student at the Botswana Accountancy College.

Kidet said that African youths have disregarded the false narrative that China's kindness towards the continent was based on ulterior motives, adding that China has proved a reliable partner in Africa's quest for dignity and self-reliance.

A survey conducted in Gaborone, Botswana early this year indicated that the country's youths were appreciative of China's benevolence towards Africa, and requested loans from China to support start-ups in agriculture, arts, sports and manufacturing sectors.

Clifford Mboya, a Kenyan researcher who majored in international politics at Fudan University in Shanghai, China said that his life in China was very interesting, and unique in some ways.

Mboya said it was quite eye-opening to live in China and the country has its own challenges just like any other country in the world. "I think it is one country that is focused on achieving its goals. And I like the way they pursue their dreams and their projects in an efficient way."

Mboya recalled that most of the reports on the media about China were negative before he went to China.

"But, you know, I was impressed by what I saw, because it's not any different from here, it's just that they have their own political system, their work ethic ... the culture is different. But once you come to understand how things work there, you begin to appreciate their culture and their way of doing things," he added.