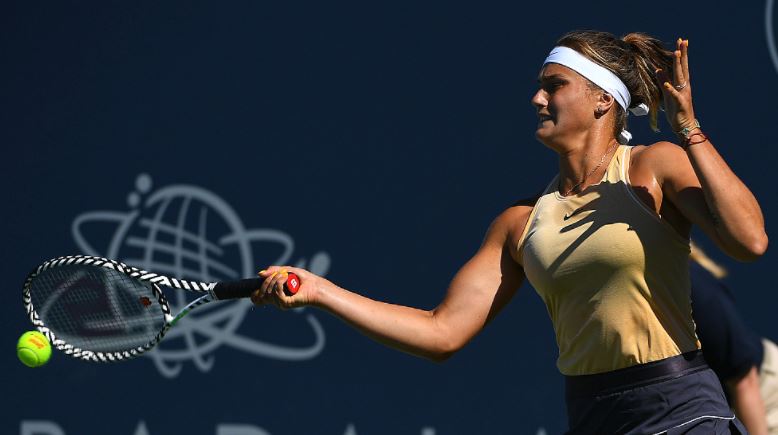 FILE PHOTO: Aryna Sabalenka during a past match. /VCG

FILE PHOTO: Aryna Sabalenka during a past match. /VCG

The 23-year-old Belarusian produced a powerful performance to inflict revenge at the best possible stage, having lost to Barty at the Porsche Tennis Grand Prix in Stuttgart less than two weeks ago.

Barty came into the match seeking a ninth consecutive match win and a 16th straight win on red clay.

Before the match, Sabalenka said she would focus on her strengths in her push for the title.

"I just focused on my game, focused on the things, which I have to do on the court," Sabalenka said in press after her semifinal win. "I'm not really focusing on the score or something else. Like all my focus is in the point, in the moment. That's was working quite well so far."