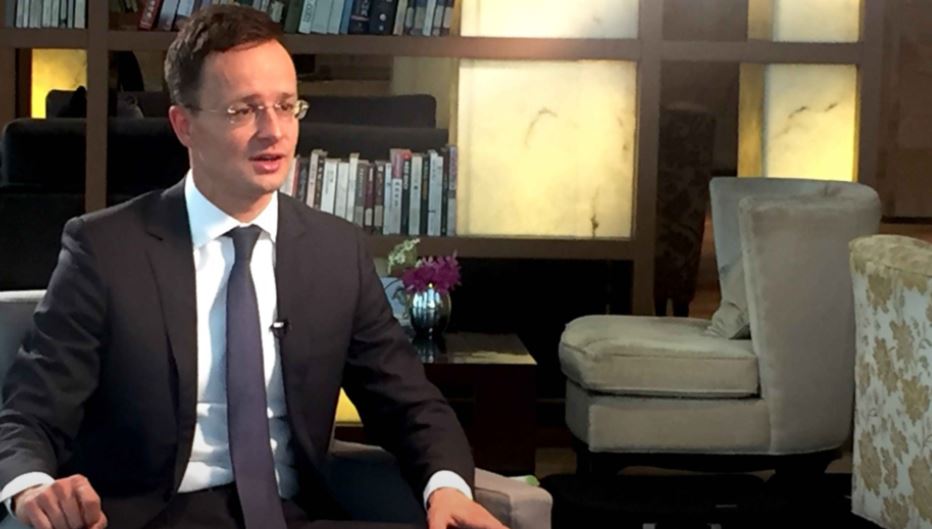 Hungary thanks China for the timely delivery of COVID-19 vaccines, which has helped protect the lives of Hungarian people, said visiting Hungarian Minister of Foreign Affairs and Trade Peter Szijjarto.

Hungary was the first European Union (EU) member to recognize and use Chinese vaccines. Hungarian President Janos Ader and Prime Minister Viktor Orban have both received the Chinese jabs.

Hungary's vaccine cooperation with China is mainly buying and selling so far, but the country would like to be part of the bilateral technological cooperation by producing Chinese vaccines in Hungarian factories, Szijjarto said while in Guiyang of southwest China.

Vaccines are not a geopolitical issue, but a life-saving tool, Szijjarto said, stressing that if anyone questions Hungary-China vaccine cooperation, they are disrespectful of lives.

Bilateral trade between the two countries increased by 64.7 percent year on year in the first quarter. China's investment in Hungary has continued to grow, with Hungary being China's No. 1 investment destination in Central and Eastern Europe.

"We offer the best circumstances in Europe from the perspective of political stability and low tax rates," Szijjarto said, noting that Hungary does not discriminate against investors based on nationalities.

"We have benefitted greatly from friendly bilateral relations with China," Szijjarto said, adding that the Belt and Road Initiative and the cooperation between China and Central and Eastern European Countries (CEECs) are useful tools for Hungarian development.

"Hungary will continue to promote both platforms in Europe," he noted.

Talking about EU-China relations, Szijjarto said, "It is in the clear interest of the EU to build a pragmatic relationship with China, and it is also in our interest to improve the relations, and we will do our best to improve it," he said.

Szijjarto paid a visit to China from May 29 to 31.