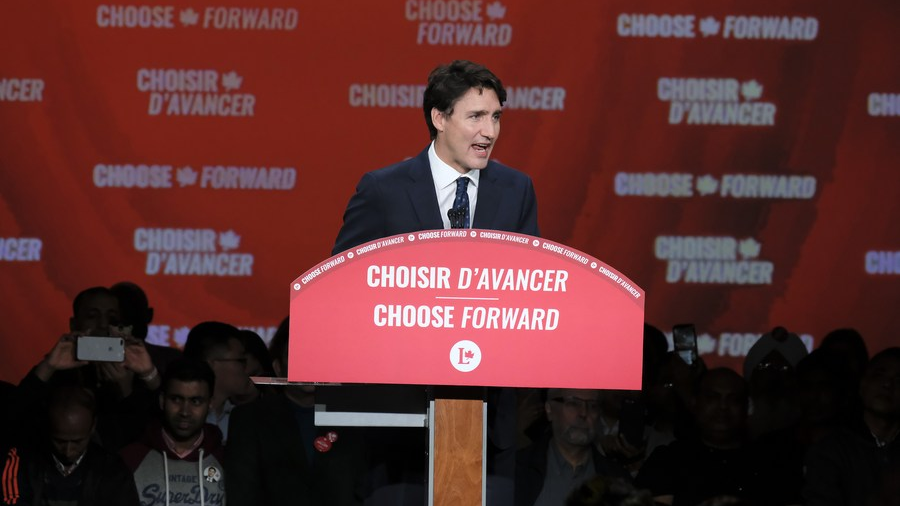 Trudeau, also Canadian Liberal Party leader, made the announcement after his meeting with Governor General Mary Simon, who approved his request to dissolve Parliament, triggering the issuing of the election writs and formally beginning Canada's 44th federal election.

The election campaign begins as new daily cases of COVID-19 continue jumping across Canada amidst a Delta variant-driven fourth wave.

Opposition parties have argued against an early election call. The country's next fixed-date election was set for October 2023.

"The decisions your government makes right now will define the future your kids and grandkids grow up in. So in this pivotal, consequential moment, who wouldn't want a say? Who wouldn't want their chance to help decide where our country goes from here? Canadians need to choose how we finish the fight against COVID-19 and build back better," Trudeau said at a press conference after his meeting with Simon.

"We are experiencing a historic moment and you have something to say about it. You have the right to choose the future of our country, whether it's to pursue our vaccination efforts or to continue our support programs."

He also highlighted his party's promises to create a national childcare plan and said Canadians need to choose how they want to finish the fight against the COVID-19 pandemic.

"I need you alongside me in this fight. Because together, we can do so much more than we can apart."