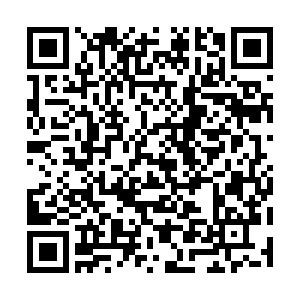 Members of Joint Forces Headquarters get prepared to deploy to Afghanistan to assist in the draw down from the area. /AP

Members of Joint Forces Headquarters get prepared to deploy to Afghanistan to assist in the draw down from the area. /AP

The United States has reached an agreement with the Taliban to ensure that evacuations from Kabul's airport can take place without interference from the group, according to a report by The Associated Press.

The deal was reached in talks in Doha, Qatar, between senior Taliban officials and Gen. Frank McKenzie.

The two sides apparently agreed to a "deconfliction mechanism" in which operations at the airport in Kabul are permitted to continue without interference from the Taliban.

McKenzie reportedly told the Taliban that any interference would be met with force from the U.S. military who would move to defend the airport if necessary.

At least seven people are believed to have died at the Kabul airport since the Afghan government fell and hundreds of Afghans rushed to evacuate the country.

The American flag at the U.S. Embassy has been taken down and all U.S. personnel have reportedly been evacuated to the airport.

Video from the airport showed desperate Afghans running alongside and clinging to planes as they took off.

The U.S. military temporarily suspended operations at the Kabul airport due to Afghans rushing onto the airfield. Around 3,500 U.S. Embassy personnel are still waiting to be evacuated at the airport, CNN reports.

"Tomorrow and over the coming days, we will be transferring out of the country thousands of American citizens who have been resident in Afghanistan, as well as locally employed staff of the U.S. mission in Kabul and their families and other particularly vulnerable Afghan nationals," the Department of Defense and the Department of State said in a joint statement.

"And we will accelerate the evacuation of thousands of Afghans eligible for U.S. Special Immigrant Visas, nearly 2,000 of whom have already arrived in the United States over the past two weeks."