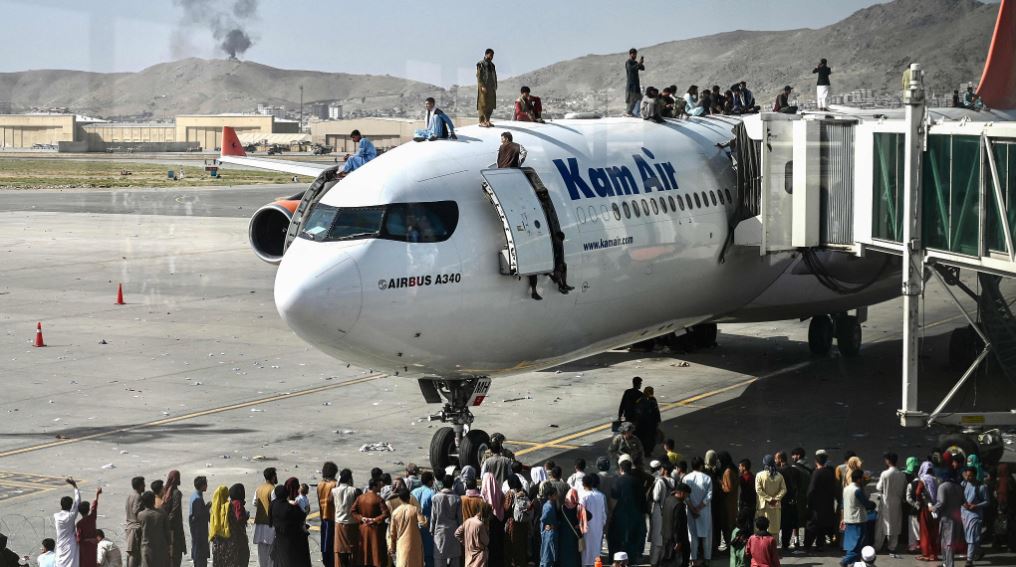 The Taliban said in a news conference on Tuesday that they want peace in the war-torn country and that they would respect the rights of women within the framework of Islamic law.

The news conference was the first by the group since it took over the capital, Kabul, forcing out President Ashraf Ghani's government.

The group previously announced an "amnesty" and called on women to join its government, hours after chaotic scenes at the Kabul Airport as thousands of people desperately attempted to flee the capital.