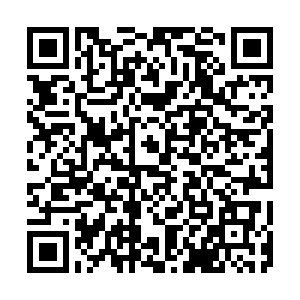 The last couple of weeks have seen U.S. President Joe Biden's administration scramble to evacuate Americans and Afghans who helped the United States, after the Taliban overran embattled Afghanistan in mid-August.

The withdrawal, which officially concluded on Tuesday, has been lambasted as a debacle by both the left and the right in Washington.

Evacuations started last month with at least 122,000 people whisked out of the war-torn nation as of Monday, including over 5,000 Americans. But last week saw a suicide bomb kill 13 U.S. service members, and at least 100 Americans have been left behind, sparking a growing chorus of criticism over how the United States handled the withdrawal.

U.S. General Frank McKenzie on Monday said no U.S. citizens were able to get out of Kabul's international airport on the last five flights, explaining that "although we continued our outreach ... none of them made it to the airport."

It remains unknown exactly how many Americans remain in the battle-ravaged country.

"We believe there are still a small number of Americans, under 200 and likely closer to 100, who remain in Afghanistan and want to leave. We're trying to determine exactly how many," Secretary of State Antony Blinken said on Monday.

CNN correspondent Clarissa Ward reported that a family from the U.S. state of Texas had been trying desperately to get to the Kabul airport for two weeks.

"They all had American passports. They had gone to Afghanistan to visit the mother's family. And essentially, the issue was they couldn't get past the Taliban. They were in touch with the U.S. military. The military was trying to facilitate their departure," she said Monday on CNN.

Meanwhile, Biden is being blasted for adhering to what critics label a deadline set by the Taliban, as well as for the message that such a move sends to Washington's enemies. But will that hurt Democrats in the lead-up to next year's midterm elections?

While the elections are still a year away, midterm voters tend to be more politically plugged in than those who only cast their ballots in presidential elections, experts said.

Teresa Durant, a supermarket employee in her 50s based near Washington DC, told Xinhua: "I will remember Biden's decisions when I vote in the midterms."

Brookings Institution Senior Fellow Darrell West said there is a good and bad news scenario for Biden on Afghanistan.

"The bad news is he botched the evacuation and voters are unhappy with that. But the good news is most Americans support the troop withdrawal and think that 20 years of war was too much and it was time to end the military involvement," West said.

How this plays out in the midterms will depend on what happens to the remaining Americans and the extent to which the new government lives up to its commitments, West said.

Clay Ramsay, a researcher at the Center for International and Security Studies at the University of Maryland, said there will be new crises and new causes for pain and anxiety between now and November next year, when the midterms are slated to occur.

"A year and two months from now, Afghanistan will be somewhere in the middle of the pile," Ramsay told Xinhua.

"The political question is, do the Republicans want to identify themselves with this issue? They could be misinterpreted as wanting to be in Afghanistan still, or worse, wanting to return to Afghanistan. I see little public interest in those views," he added.

A Reuters/Ipsos opinion poll released Monday found that only 10 percent see the Afghanistan issue as America's biggest problem despite the wide coverage.

Meanwhile, however, less than 40 percent of Americans approve of how Biden handled the withdrawal. Overall, Biden has dropped significantly in approval polls in recent weeks, as the chaos in Afghanistan dominated global headlines.

In a nationally televised address on Tuesday, Biden defended his decision to put an official end to America's longest military conflict. "The real choice was between leaving or escalating," he said.

"Ninety percent of Americans who wanted to leave were able to leave," Biden said, maintaining that his administration would continue to help Americans leave, but sopping short of offering details on how, precisely, Americans left behind would be evacuated.

"President Joe Biden may have ended the 'forever war' but the dangerous loose ends he left behind in Afghanistan could still thwart his attempt to throw everything at his top priority domestic goals," a CNN analysis said Wednesday.

"Republicans will now try to keep the controversy over the withdrawal alive, sketching a narrative of political haplessness in which to fold in other critiques of Biden, including his handling of the pandemic, the influx of migrants on the southern border and rising inflation," it said.