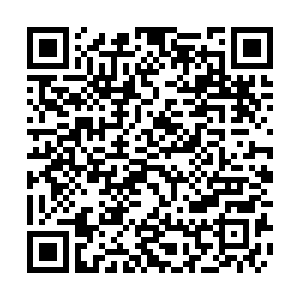 The Bwerenga village, on the shores of Lake Victoria in central Uganda, is one of the latest villages in the East African country to be connected to the world via digital satellite television.

The village, which receives a poor television signal, is part of a project that China promised at the 2015 Forum on China-Africa Cooperation in Johannesburg, South Africa, to connect 10,000 African villages to satellite TV.

Justine Akalei's family in Bwerenga is one of the beneficiaries of the project that is now in its second phase in Uganda where 400 households will be connected before the end of the year.

According to StarTimes, over 500 villages were connected in the first phase in 2018, benefiting over 500,000 people.

"This new installment that has got to my home is very good because so many things which we have been missing to date through television, now we have got them," Akalei told Xinhua.

"It is going to help me know each and everything going on in the country and even in my district, my village and all over the world. I am going to watch news, school programs," she said.

In Bwerenga, apart from households, connections have been made at a clinic where patients, caretakers and health workers can access information through television. There is also a connection at school.

She said the villagers, especially those who cannot afford digital television, could not access information via television.

Nakamatte said the new connections come in handy especially at a time when schools are closed due to the ongoing COVID-19 pandemic. Schools and higher institutions of learning have been closed for months, putting over 15 million learners out of school, according to Uganda's education ministry.

"We welcome these connections in our village. Parents who will get the connections will work with their neighbors so that children are able to get lessons through the television connections," Nakamatte said.

"This will help children not to be idle as it has been. Children have just been roaming the village without having lessons," she added.

She said that as members of the village committee, they are going to talk to parents who have received the connections to share with others so that the project is beneficial to all.

"We have received 20 dishes only and yet the village is big, so people have to share. We shall talk to those who have got so that they share with their neighbors," she said.

Akalei said the connection at her household also comes in handy at a time when the government is urging parents to encourage learners to attend lessons through radio and television.

"My children have started learning through television," she said.

Henry Kasozi, head teacher of Gateway Primary School where another connection was made, said as schools remain closed, the teachers will use the satellite television connection to do more research and enrich the work they will give to their learners.

"It is going to help us look for certain programs that can help our kids. Probably when the government reopens schools we shall be using it to help our kids to look at the learning how it is done globally to enhance the education system," Kasozi said.

"When it comes on the side of the teachers, it is of a good benefit because we have seen that we can use this very project to have research made," he added.

Yin Yiliu, the project implementation manager at StarTimes, said that they are fast tracking the installation during this pandemic time to ensure that people who are at home can access information through television.

Yin said that for areas that do not have electric power, a solar-powered system is installed at public places where people can watch up to 20 channels free of charge.