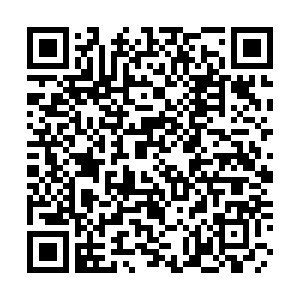 The Federal Reserve signaled Wednesday that it may start raising its benchmark interest rate sometime next year, earlier than it envisioned three months ago and a sign that it's concerned that high inflation pressures may persist.

In a statement, the Fed also said it will likely begin slowing the pace of its monthly bond purchases "soon" if the economy keeps improving. The bond purchases have been intended to lower longer-term loan rates to encourage borrowing and spending.

Taken together, the Fed's plans reflect its belief that the economy has recovered sufficiently from the pandemic recession for it to soon begin dialing back the extraordinary support it provided after the coronavirus paralyzed the economy 18 months ago. As the economy has steadily strengthened, inflation has also accelerated to a three-decade high, heightening the pressure on the Fed to pull back.

Fed Chairman Jerome Powell, at his post-meeting news conference, said the Fed is getting closer to achieving its goals on "substantial further progress" on inflation and employment.

Stock and bond traders appeared pleased by the Fed's policy statement Wednesday, at least initially. Soon after it was issued, the Dow Jones Industrial Average's gain for the day surged from 1 to 1.5 percent. And the yield on the 10-year Treasury note dipped from 1.32 to 1.30 percent.

The committee now sees GDP rising just 5.9 percent this year, compared with a 7-percent forecast in June. However, 2023 growth is now set at 3.8 percent, compared with 3.3 percent previously, and 2.5 percent in 2023, up one-tenth of a percentage point.

Projections also signaled that FOMC members see inflation stronger than projections in June. Core inflation is projected to increase 3.7 percent this year, compared with the 3 percent forecast the last time members gave their expectations. Officials then see inflation at 2.3 percent in 2022, compared with the previous projection of 2.1 percent, and 2.2 percent in 2023, one-tenth of a percentage point higher than the June forecast.

Including food and energy, officials expect inflation to run at 4.2 percent this year, up from 3.4 percent in June. The subsequent two years are expected to fall back to 2.2 percent, little changed from the June outlook.

Before it starts raising rates, though, the Fed expects to begin paring, or tapering, its monthly bond buying. The central bank had signaled last year that it would likely start tapering its $120 billion-a-month in purchases of Treasurys and mortgage bonds once the economy had made "substantial further progress" toward the Fed's goals of maximum employment and 2 percent average annual inflation.

"If progress continues broadly as expected, the Committee judges that a moderation in the pace of asset purchases may soon be warranted," the Fed said in a statement issued after its two-day meeting ended Wednesday.

Taken together, the Fed's pullback in bond purchases and its eventual rate hikes, whenever they happen, will mean that some borrowers will have to pay more for mortgages, credit cards and business loans.

The Fed's preferred inflation measure – the personal consumption expenditures index less food and energy prices – accelerated by 3.6 percent in July, the highest level in 30 years. However, Powell has said repeatedly that he expects price pressures to subside as supply chain factors, goods shortages and unusually high levels of demand return to pre-pandemic levels.