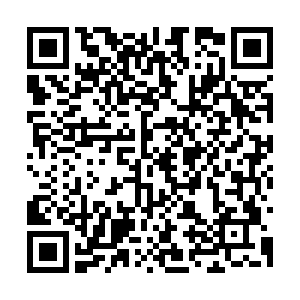 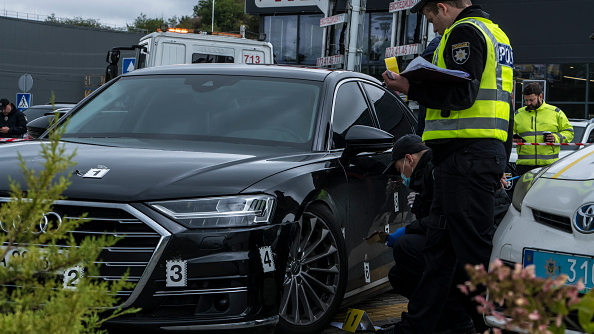 Police examine the car after an apparent assassination attempt against Serhiy Shefir, a top adviser to President Volodymyr Zelensky, on September 22, 2021 in Kyiv, Ukraine. /Getty Images

Police examine the car after an apparent assassination attempt against Serhiy Shefir, a top adviser to President Volodymyr Zelensky, on September 22, 2021 in Kyiv, Ukraine. /Getty Images

The country's interior minister said the driver of the vehicle was seriously wounded in the attack.

According to a police statement, more than 10 bullets hit the car near the village of Lesnyky outside the capital city of Kyiv. Authorities have opened a criminal case on suspicion of premeditated murder.

A lawmaker told Reuters news agency that the aide, Serhiy Shefir, was not hurt. Shefir leads a group of advisers close to the president, who is currently in New York for the UN General Assembly.

The Ukrainian parliament this week is due to debate a presidential law directed on reducing the influence of oligarchs.

"[The shooting] does not affect the strength of our team, the course that I have chosen with my team — to change, to clean up our economy, to fight crime and large influential financial groups," Zelenskyy said. "This does not affect that. On the contrary, because the Ukrainian people have given me a mandate for changes."

The president said he did not know what was behind the attack, but said there would be a "strong response."

"Who is behind this, frankly, I do not know. What are these powers? Could be internal, maybe external," he said in a televised statement. "Saying 'hello' to me with shots from the forest at my friend's car is a weakness."