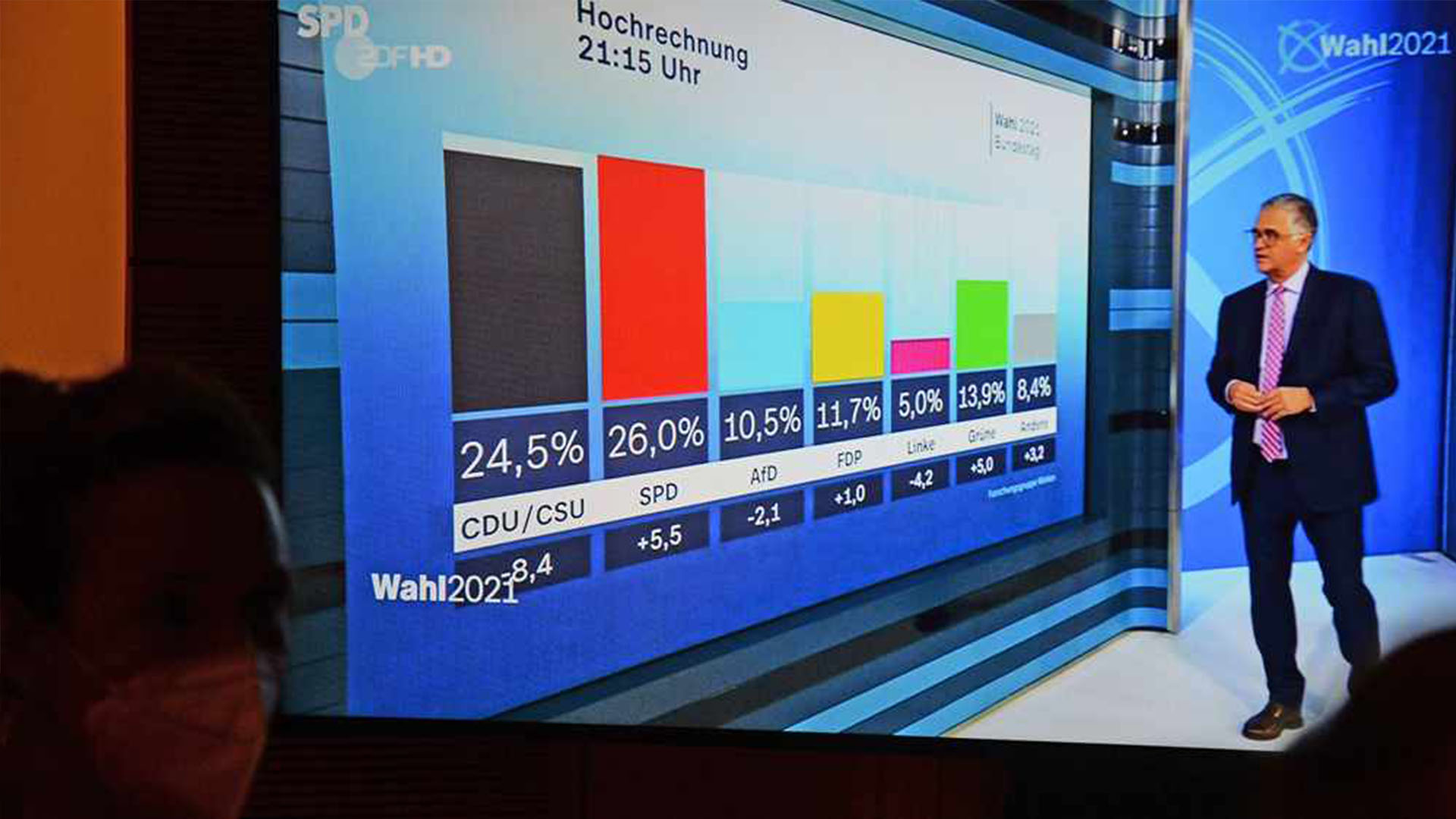 Germany's center-left Social Democratic Party (SPD), led by incumbent Vice Chancellor Olaf Scholz, won 25.7 percent of the vote in the federal election on Sunday, according to a preliminary result released by the Federal Returning Officer on Monday morning.

The conservative union of the Christian Democratic Union (CDU) and its sister party the Christian Social Union (CSU), whose candidate for the chancellorship is Armin Laschet, took 24.1 percent of the vote, according to the body that oversees elections on the federal level.

The preliminary result signals the end of the dominant role of Angela Merkel's CDU/CSU in the country's Bundestag, the federal parliament.

The Green Party won 14.8 percent of votes, which would make it the third-largest political faction in parliament, followed by the business-friendly Free Democratic Party (FDP) and the far-right party Alternative for Germany (AfD) with 11.5 percent and 10.3 percent respectively.

A post-Merkel era: A quick guide to Sunday's German election

CDU/CSU 'not ready to concede'

"We are ahead in all the surveys now," the Social Democrats' chancellor candidate, Scholz, said in a roundtable discussion with other candidates after the vote.

"It is an encouraging message and a clear mandate to make sure that we get a good, pragmatic government for Germany," he added after earlier addressing jubilant SPD supporters. The SPD's rise heralds a swing left for Germany and marks a remarkable comeback for the party, which has recovered some 10 points in support in just three months to improve on its 20.5 percent result in the 2017 national election.

Scholz, 63, would become the fourth post-war SPD chancellor after Willy Brandt, Helmut Schmidt and Gerhard Schroeder. He serves as finance minister in Merkel's cabinet, and is a former mayor of Hamburg.

The CDU/CSU's Laschet signaled his bloc was not ready yet to concede, though his supporters were subdued.

"It hasn't always been the first-placed party that provided the chancellor," Laschet, 60, told the roundtable.

"I want a government where every partner is involved, where everyone is visible – not one where only the chancellor gets to shine," he said in an early attempt to woo smaller parties.

Schmidt ruled in the late 1970s and early 1980s in coalition with the FDP even though his Social Democrats had fewer parliamentary seats than the conservative bloc. 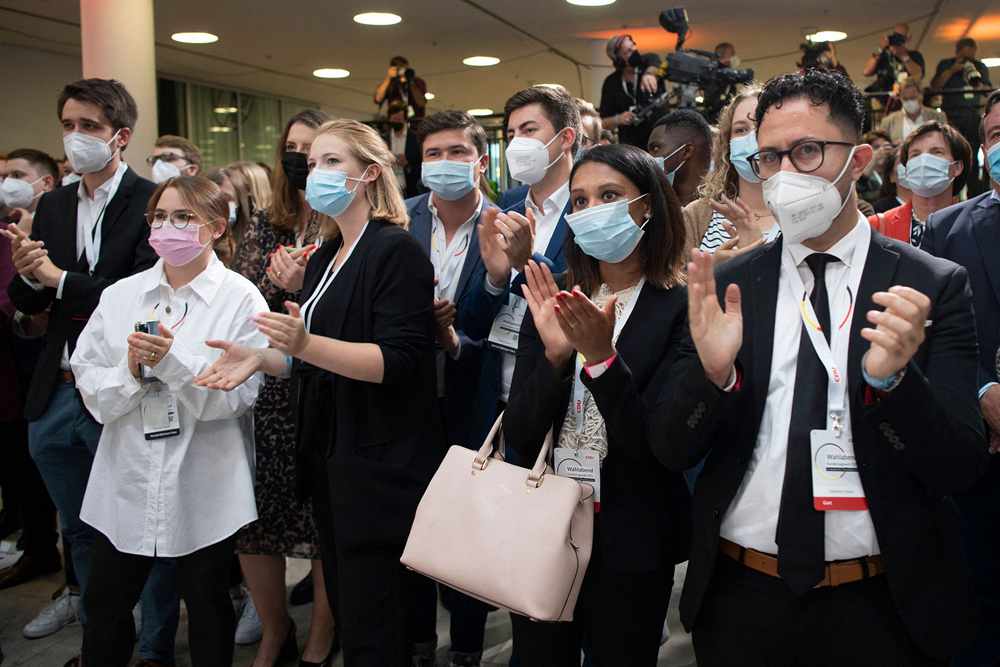 Christian Democratic Union (CDU) supporters react at the CDU headquarters after the exit polls of the German general elections were broadcast on television in Berlin, Germany, September 26, 2021. /CFP

Christian Democratic Union (CDU) supporters react at the CDU headquarters after the exit polls of the German general elections were broadcast on television in Berlin, Germany, September 26, 2021. /CFP

With neither the SPD nor the CDU/CSU commanding a majority, and both reluctant to repeat their awkward "grand coalition" of the past four years, the most likely outcome is a three-way alliance led by either the Social Democrats or Merkel's conservatives.

Attention will now shift to informal discussions followed by more formal coalition negotiations, which could take months, leaving Merkel in charge in a caretaker role.

Scholz and Laschet both said they would aim to strike a coalition deal before Christmas.

Merkel plans to step down after the election, making the vote an era-changing event to set the future course of Europe's largest economy.

Merkel's legacy and influence will not fade away

This year, around 60.4 million people were eligible to vote in Germany, and the country was divided into 299 electoral districts.

According to official statistics, voter turnout in Sunday's general election directly in polling stations stood at 36.5 percent by 2 p.m. local time, slightly lower than the 41.1 percent at the same time in 2017.

"The voter turnout now determined is lower than in 2017, as was expected, because we expect a markedly higher share of postal voters. Their voter turnout will be calculated later when determining the final election result," said Federal Returning Officer Georg Thiel.

(With input from Xinhua, Reuters)