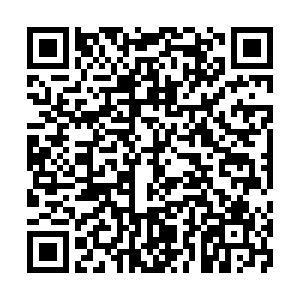 Reigning world champions South Africa ended their Rugby Championship campaign on a high after defeating rivals New Zealand 31-29 in a closely fought encounter at the CBUS Super Stadium in Gold Coast on Saturday.

The All Blacks, who had already secured this year's title, had been aiming to make it six successive victories for a fifth time in the history of the tournament but were denied by a spirited performance by the Springboks.

Last week's game between the two sides was decided by a late penalty by All Blacks full-back Jordie Barrett. This time round, the Boks gave the All Blacks a dose of their own medicine with fly-half Elton Jantjies slotting a penalty in the 80th minute shortly after Barrett had kicked a penalty to make it 29-28.

Tries from Sevu Reece, Ardie Savea and Brad Weber plus a penalty and conversion from Barrett had given New Zealand a 20-14 lead at halftime.

South Africa had opened the scoring through a Damian de Allende try followed by a hat-trick of penalties from Handre Pollard.

Another penalty by Pollard cut the gap to three points shortly after the restart after which winger Makazole Mapimpi dotted down to put South Africa ahead 22-20.

Jantjies, who came on for wing S'bu Nkosi, slotted his first penalty to extend the Boks' lead to five points but Barrett landed two penalties to edge New Zealand 26-25 ahead with just four minutes of play left.

Jantjies then responded with his first drop goal in a Test a minute later to make it 28-26 but Barrett hit back with another penalty to put New Zealand ahead again 29-28.

However, Jantjies would have the final say as he successfully scored a penalty in injury time penalty to claim an epic win for the Springboks in what was the 101st Test between the two nations.

Despite the win, South Africa finished in third place behind New Zealand and hosts Australia, who earlier defeated Argentina 32-17 as the South Americans ended the campaign without a single victory.