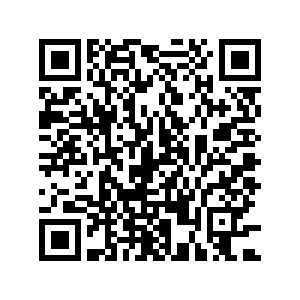 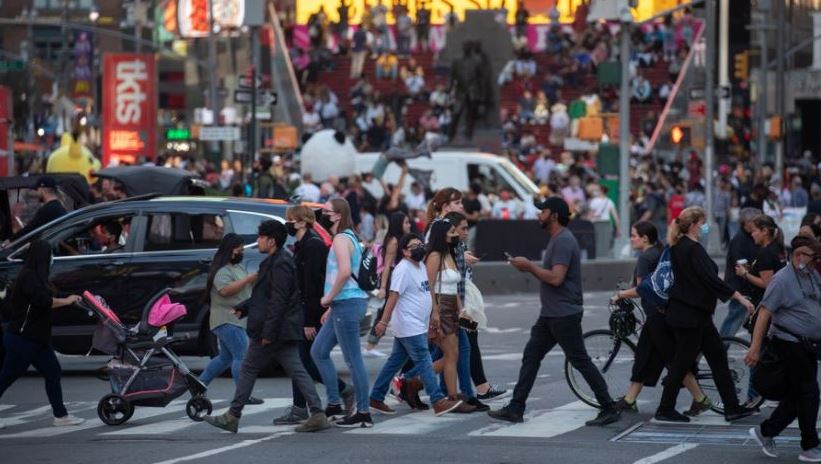 Vaccine hesitancy and resistance as well as pandemic-induced commodity price rise are the latest COVID-19 headaches for the United States, while its federal government struggles to sustain the national vaccination efforts against the coronavirus, which threatens another surge during the winter months.

"I strongly suspect that you're going to start seeing the deaths go down similar to the hospitalizations," Anthony Fauci, chief medical advisor to the U.S. president, said on Sunday during his television appearance in "Full Court Press with Greta Van Susteren," adding that the situation depends on a lot of factors, such as the colder weather, people doing things indoors, how well they go by the guidelines of the Centers for Disease Control and Prevention (CDC).

"Colder weather, with more people being situated inside, could make it difficult to predict how well COVID-19 cases get tamped down later in the fall and upcoming winter given that that environment has allowed the virus to spread previously," reported U.S. news portal The Hill.

The federal government keeps pushing through its vaccination campaign. As of Sunday, 56.4 percent of the U.S. population were fully vaccinated and 65.3 percent were partially vaccinated against the coronavirus, said the CDC.

However, as the Pentagon's first compliance deadlines for vaccination against the coronavirus approaches, hundreds of thousands of U.S. service members remain unvaccinated or only partially vaccinated, with lopsided rates across the individual services and a spike in deaths among military reservists, "illustrating how political division over the shots has seeped into a nonpartisan force with unambiguous orders," reported The Washington Post on Sunday.

Overall, the vaccination rate of U.S. military has increased since August when defense department leaders commanded that immunization would become mandatory, exemptions would be rare for troops and those who refuse would be punished. "Yet troops' response has been scattershot," said the report.

COVID-19 related deaths have surged in parts of the force as some services struggle to get their troops vaccinated. In September, more militaries died of the pandemic than in all of 2020, added the Post. Of all the deaths, none were fully vaccinated, Pentagon spokesman Charlie Dietz was quoted as saying.

In addition, a lot of Los Angeles firefighters filed a notice of intent to sue the city over its vaccine mandate last week, saying the Oct. 20 deadline to get vaccinated is "extreme and outrageous."

However, showing no support for rejecting vaccine mandates, a statement by the International Association of Fire Fighters stressed the extreme importance of vaccination.

Though the big picture for COVID-19 in the United States is looking a little brighter as new infections and hospitalizations are down, some states are still grappling with the latest Delta wave, Leana Wen, public health professor at George Washington University and an emergency physician, was quoted as saying.

"I'm very concerned about people becoming complacent because they think that the Delta wave is passing us," Wen said. "We have seen this happen before, where there is a rise in the number of cases, then a decline, and then people let down their guard. And as a result, we plateau at a very high level of cases. That's unacceptable." 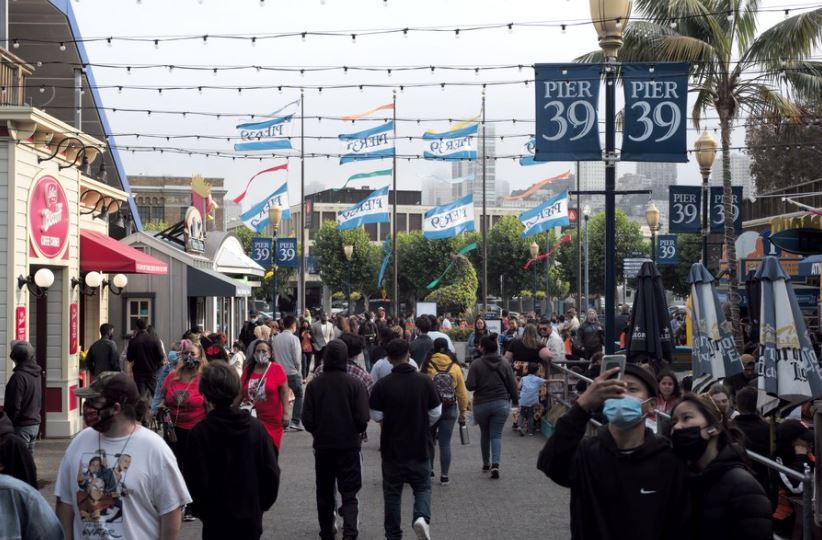 People spend their leisure time at a pier in San Francisco, the United States, on Aug. 15, 2021. (Xinhua/Wu Xiaoling)

People spend their leisure time at a pier in San Francisco, the United States, on Aug. 15, 2021. (Xinhua/Wu Xiaoling)

U.S. commodity prices have risen as manufacturers grapple with supply chain challenges and worker shortages during the pandemic. "Even a modest increase in the price of goods can make household items like diapers unaffordable for low-income families," U.S. national broadcaster CBS has said.

The Consumer Price Index for All Urban Consumers increased 0.3 percent in August on a seasonally adjusted basis after rising 0.5 percent in July, the U.S. Bureau of Labor Statistics reported in mid-September.

Before the COVID-19 pandemic, one in three families in the United States struggled to afford enough diapers for their young children. The so-called "diaper need" has long been a condition of living in poverty, and it has become even more pervasive during the pandemic, according to the National Diaper Bank Network (NBDN), an organization that is dedicated to ensuring that every child in the U.S. has an adequate supply of diapers to remain clean, dry and healthy.

"The issue of diaper need has existed for a long time," Joanne Goldblum, chief executive of the NDBN, was quoted as saying. "But during COVID, some of our member diaper banks have seen upward of a 500 percent increase in people asking for product."

A family has to spend between 75 and 100 U.S. dollars a month on sufficient supply of diapers for one child, according to the NDBN. However, the effects of the pandemic have made it even harder for families to get their hands on baby products.

Pampers maker Procter & Gamble, one of the diaper giants in the United States, raised prices in September on baby care products, including diapers, "to offset a portion of the impact of rising commodity costs," according to the company.

Meanwhile, Kimberly-Clark, another large producer in baby care with its Huggies and Pull-Ups brands, announced similar price hikes on consumer products "to help offset significant commodity cost inflation" in March, which went into effect over the summer.