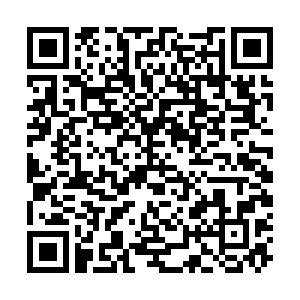 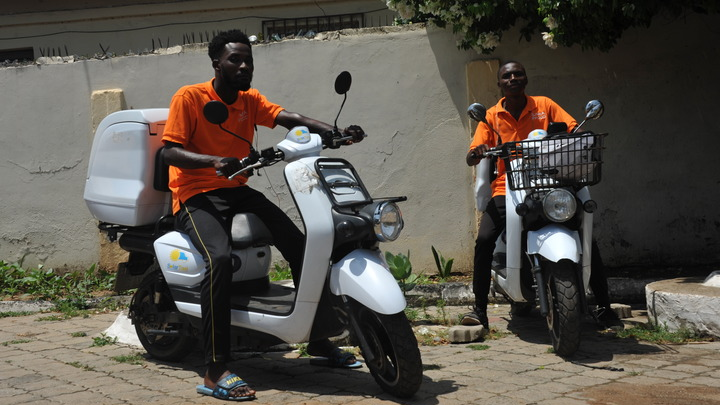 Two workers take a test ride with electric motorbikes imported from China in the company in Accra, Ghana, on Oct.8, 2021. /Xinhua

Two workers take a test ride with electric motorbikes imported from China in the company in Accra, Ghana, on Oct.8, 2021. /Xinhua

For a long time, Ghana's public transportation system has been a key source of carbon dioxide emissions.

To address the challenge, SolarTaxi Ghana Limited, a Ghanaian start-up, has decided to make a change by introducing Chinese-made electronic vehicles.

According to Eugene Amponsah, operations manager of the company, the influx of many internal combustion engine (ICE) vehicles, especially public buses into Ghana, leads to serious emissions.

Official data in 2020 showed the average number of imported vehicles in Ghana stood at around 100,000 per year, while about 90 percent of which were used vehicles with high fume emissions.

The motivation for a cleaner environment spurred the company to turn its eyes on China.

"Now we source most of our cars and the parts from China. We have the BYD, Cherry, and Dongfeng among some other brands from China," said Amponsah.

From a modest beginning in September 2019, SolarTaxi now has 150 electric motorbikes and tricycles with more than 60 electric cars operating in the country. Some of these cars are solar chargeable, and others grid power-charged.

The introduction, however, met some skepticism in the very beginning. Some local consumers thought they could suffer electrocution in an electric car during rains, while others suspect that they would be stranded if the battery ran out of power in the course of a journey.

According to the company, local consumers' concern eased gradually as they increased the frequency of electric car use, which proved to be more economical and environmentally friendly. The company has also found a way of commercializing eco-friendly bikes.

"For the motorbikes, we designed them for courier because we do not get a large number of people buying them. What we rather have is courier companies, including Jumia, coming to rent our bikes," he said.

SolarTaxi has so far created a minimum of 250 direct and indirect jobs, including engineers at the assembling and maintenance plants and riders who work with the courier companies.

"For now, we do the manual assembling but want to get to a stage where we can install machines to assemble many cars and bikes in a day. And that calls for partnership and funding. We, therefore, want to secure partnerships with some of the Chinese automobile companies to support us with training and equipment," he said.

Amponsah told Xinhua that from his own working experience, China is one of the greatest places to look at when it comes to the green economy, and the mass production of environmental-friendly cars is a great example of that.