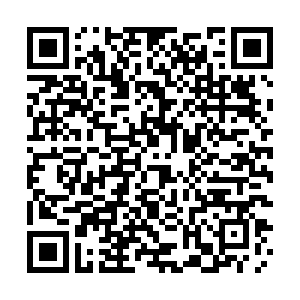 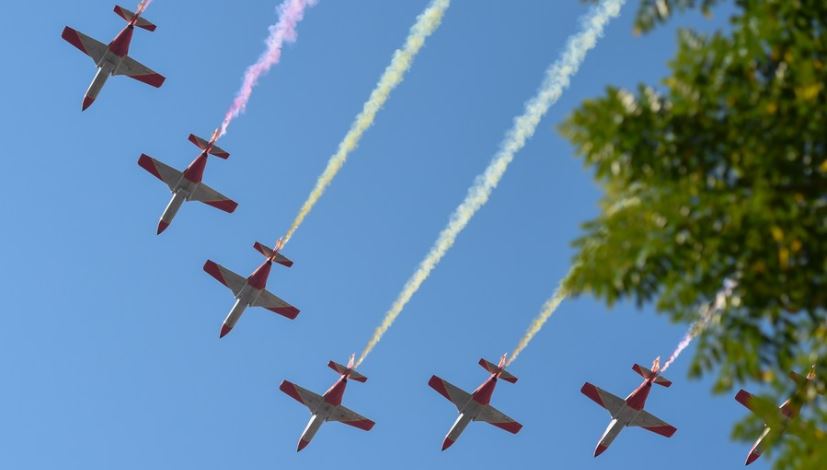 Planes fly at a parade to celebrate the National Day of Spain in Madrid, Spain, Oct. 12, 2021. (Xinhua/Gustavo Valiente)

Planes fly at a parade to celebrate the National Day of Spain in Madrid, Spain, Oct. 12, 2021. (Xinhua/Gustavo Valiente)

The traditional annual parade and flypast by the Spanish Air Force returned after being canceled in 2020 because of the coronavirus pandemic.

COVID-19 restrictions, such as smaller stands, were still in place for the event in which 2,656 troops participated -- considerably fewer than the 4,200 who took part in the 2019 parade.

Sixty-eight aircraft and helicopters took part in the flypast and 115 vehicles rolled through the streets during the event, whose slogan was "Service and Commitment."

It was designed to highlight the Spanish armed forces' efforts to contain the pandemic and to respond to natural catastrophes, such as forest fires; to clean up after Storm Filomena, which covered central Spain in almost a meter of snow earlier in the year; or to help save lives and property during the ongoing volcanic eruption on the island of La Palma.

Early in the day, Sanchez tweeted that "this October 12 let us claim what unites us, what makes us better as a society and what makes Spain a welcoming, open and diverse country. Let's celebrate our commitment, solidarity, cooperation and multilateralism. Let's celebrate who we are."