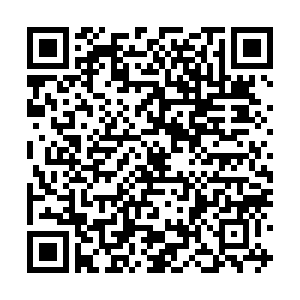 Kenya's Great Rift Valley region is arguably the source of most of the country's athletes.  Former world 800 meters champion Janeth Jepkosgei was born in the region and following a successful career returned home and established a training camp for the young and upcoming athletes.

Approximately two and a half kilometers along the Kapsabet to Nandi Hills road lies some of the most prime lands surrounded by beautiful and evergreen landscapes. This is where Jepkosgei chose to pitch a tent aimed at nurturing young athletes.

Jepkosgei began her athletics career at the high-school level and this took her to the international scene where she was exposed to various training skills and personalities. She says that she yearns to see young athletes who are all-rounded in matters of sports and education.

"When you go outside (abroad) like in Europe, they nurture their talents, so we would like to bring the same thing here in Kenya where we have to nurture the youngsters at a little age and to teach them. Sports is not just running, but we want it to go hand in hand with education."

She has also airlifted close to ten athletes to the United States where they are pursuing their education as well as their athletics career.

There are almost 20 athletes under her stable. She has a six-day training regimen that must accommodate those running in various categories like 400, 800, 1500, 3000 and 5000-meter races respectively.

Here, they are also keen on honing the skills of individual athletes as well as teamwork. They also ensure that athletes are put in particular race categories where they are comfortable as far as their speed, endurance and running style is concerned.

Jepkosgei's assistant coach Hillary Lelei is a former marathon great with numerous titles under his belt. He is also involved here in sharpening the skills of these athletes.

This camp comprises both athletes who have finished high school and those who are still in high school.

Nelly Chepchirchir is also one of the under 20 athletes who continues to sharpen her skills at this camp in the 800 meters speciality. She was among the 44 medalists who saw Team Kenya dominate the Africa U18/U20 championships in Coted Ivoire in 2019.

"Training with other athletes at this camp feels great. We motivate one another and I always tell them that we can do better. She adds that running is not just for competition but it helps one to remain healthy," She quips.

She has seen her growing skills take her to Rwanda, Uganda and Tanzania in Junior Athletics Championships.

"In 2015, I began a training camp in one of the schools that still run up to now, every holiday, I could put kids, April, August and December, the first time we started it was a bit of a challenge because I realized many kids love sports, they came in large number, we were expecting 20 but we received almost 80 kids," Jepkosgei says.

These young athletes stayed at the camp for three weeks of training where Jepkosgei and her team discovered the talented ones. They then came up with a program targeting World Under 20 Athletics Championship in 2018 and 2020.

This program bore fruits that were manifested in the recent World Athletics U20 Championships in Nairobi. Four runners in the camp qualified for the event and three of them won medals.

Emmanuel Wanyonyi won gold in the men's 800m, Sylvia Chelangat took home bronze in the women's 400m and Levy Kibet claimed another bronze in the men's 5000m. If the camp had registered itself as an individual country, it would have placed joint 15th out of the 114 teams that participated.

Those victories however are not going to put blinders on Jepkosgei's eyes against focusing on the future. She wants to see patience, long-term continuous progress and success in her runners.

"I have big ambitions for the young ones, my focus is to see the camp grow bigger. I have a high school where those who are school going, I educate them there, after school, they come to train here."

In addition to developing her students' athletic skills, Jepkosgei stresses the importance of handling the fame and fortune that often comes with athletic success. She also wants to teach athletes about ethics, sportsmanship and winning the right way.

"Let's teach the young athletes about doping because I am sure many of them run without doping, but now with the current generation, things have changed. It is the same case with our kids in the house, there is a phone. Now, these athletes are learning many things and very fast. But it will be good if there is someone who can tell them this is right and this is wrong."