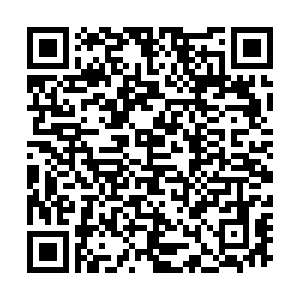 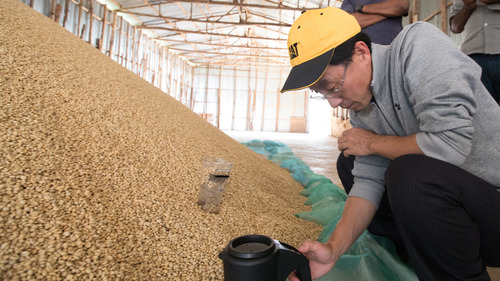 FILE PIC: Photo shows Li Lin, a coffee trade dealer who came to Ethiopia three years ago, checks coffee beans at a warehouse of a coffee farm near Kaffa, Ethiopia, on Dec. 8, 2018. /Xinhua

FILE PIC: Photo shows Li Lin, a coffee trade dealer who came to Ethiopia three years ago, checks coffee beans at a warehouse of a coffee farm near Kaffa, Ethiopia, on Dec. 8, 2018. /Xinhua

The Ethiopian Coffee and Tea Authority (ECTA) says the upcoming 4th China International Import Expo (CIIE) would serve as a good platform to further boost the ever growing Chinese market for Ethiopia's coffee.

The 4th CIIE is scheduled to take place from Nov. 5 to 10 in Shanghai, creating a platform for companies from around the world to display their products, promote their brands, and find more business partners in the world's second-largest economy.

Reiterating that China is the fastest growing market for Ethiopia's coffee export, the deputy director said more business deal is expected to be signed at the Expo among Ethiopian sellers and Chinese buyers of coffee.

With many exporters, Ethiopia had participated in the previous expo before COVID-19, Shafi said, adding that the registration of exporters was taking place for the upcoming 4th CIIE, which the deputy director said is a very good opportunity for East African country's coffee sellers and also for the Chinese buyers as the coffee from Ethiopia is quality coffee with varieties and different flavors.

"This year, we are registering our exporters, so, we are participating as association, also the Ethiopian Coffee and Tea Authority. So, this is a very good market; the seventh among the top ten markets. We will be participating in this exhibition," said Shafi.

Chinese firms had earlier discussed with Ethiopian coffee exporters, recalled the deputy director, and he noted with appreciation that the Chinese side has demonstrated the business dialogue by tangible and practical outcome, thereby contributing to the increase of China's import of Ethiopia's coffee over the last two and three years.

China was ranked 20th and more in terms of importing Ethiopia's coffee three and more years ago, he said, but this year, it has become the seventh importing country of the commodity.

"The Chinese market is a good market... Because we discussed many times with the Chinese buyers; also many leaders of companies came, and we discussed and signed with them," he said as a result China has become among the top 10 buyers of Ethiopia's coffee, assuming the seventh rank.

Ethiopia is known for its organic coffee and it is the epicenter of origin and diversification of Arabica Coffee.

According to the Ethiopian Coffee and Tea Authority, in the previous 2020/2021 fiscal year, Ethiopia earned 906 million U.S. dollars through exports of 248,000 tons of coffee.