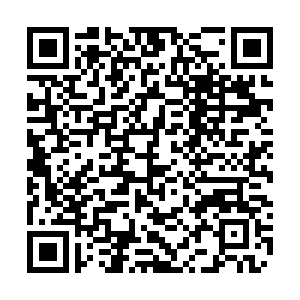 Workers build a pavilion at the National Exhibition and Convention Center (Shanghai), a main venue for the fourth China International Import Expo (CIIE), in east China's Shanghai, Oct. 29, 2021. The 4th CIIE is set to take place in Shanghai from Nov. 5 to 10. /Xinhua

Workers build a pavilion at the National Exhibition and Convention Center (Shanghai), a main venue for the fourth China International Import Expo (CIIE), in east China's Shanghai, Oct. 29, 2021. The 4th CIIE is set to take place in Shanghai from Nov. 5 to 10. /Xinhua

The upcoming China International Import Expo (CIIE) fully demonstrates the country's determination to continue to open up to the outside world and will create a win-win situation, said Jim Rogers, a world-renowned investor and financial commentator.

"Opening up is better than closing down," Rogers told Xinhua in a recent interview via video link, noting that the 4th CIIE scheduled for Nov. 5-10 in Shanghai "is a brilliant idea to increase trade and prosperity."

"History is very clear that countries and societies and economies which close off are going to decline. The countries which open up grow and prosper," Rogers, chairman of Beeland Interests, Inc. and creator of the Rogers International Commodities Index, noted.

"There is no question that multiculturalism is better for all of us," he said, adding that the large-scale trade fair is China's measure for further opening up.

Rogers, who has also served as the co-founder of the Quantum Fund and Soros Fund Management, explained that hosting the import expo will create a win-win situation.

"If you import more from country X, country X is probably going to buy more from you too. It is a win-win kind of situation where other countries may get new sales and new customers," said Rogers.

"This is a two-way thing. This is not a one-way thing," he said.

On China's importance in the global economic landscape, Rogers said that the Chinese market is "extremely important to everybody."

Rogers commended China's efforts to promote multilateralism through holding such big event, especially when the COVID-19 pandemic is still ravaging the world.

"Closing off is a negative, opening up is a positive," he said.

"I hope China continues to open up," Rogers said, adding that over the past decades, China has changed tremendously thanks to its opening up policies.

"I have great confidence in the future of China," he said. "I certainly love China and have been going to China since 1984. And I wish I could go to many places now."

"I'm very, very keen as my children speak mandarin because I'm so enthusiastic about the future of China," he concluded.