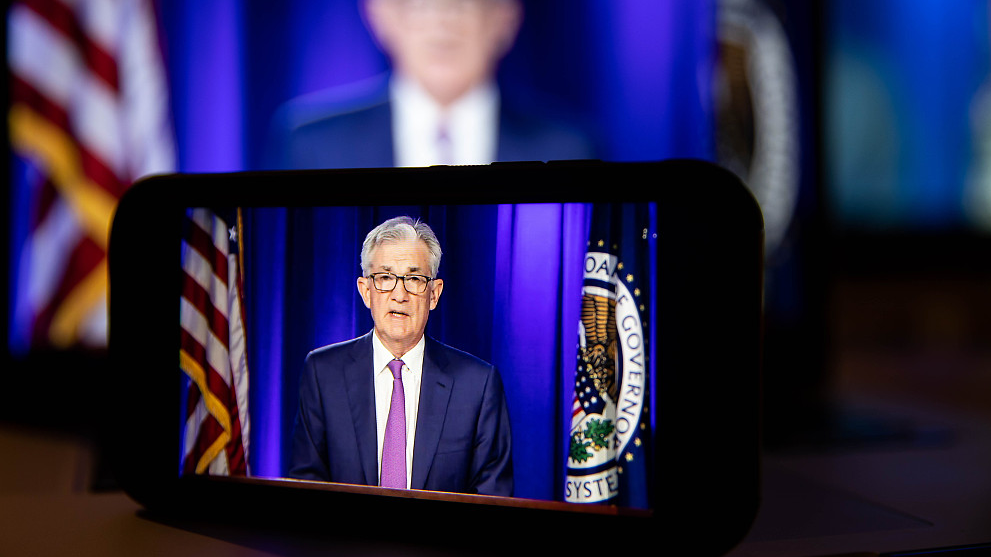 The U.S. Federal Reserve announced Wednesday it will start reducing the pace of its stimulus bond purchases later this month, but investors remain on edge about stubbornly persistent inflation.

"Markets were expecting a taper, and they got exactly what they were expecting," Joe Perry, senior analyst with GAIN Capital wrote in a note on Thursday.

The Fed announced on Wednesday that it would begin reducing its $120 billion in monthly purchases of Treasuries and mortgage-backed securities at a pace of $15 billion per month, with a plan to end the purchases altogether in mid-2022.

However, Fed chair Jerome Powell may have been a little too dovish in trying to prevent a taper tantrum, Perry added.

The U.S. central bank's Federal Open Market Committee stuck to its long-held view that high inflation would prove "transitory" and likely not require a fast rise in interest rates, but it recognized that strong demand coupled with supply issues have "contributed to sizable price increases in some sectors."

Inflation was uncomfortably high, Powell acknowledged, blaming it on "turmoil" in global supply chains that is likely to last until perhaps the second half of next year, posing a challenge in the meantime to families on fixed incomes or those earning lower wages.

Powell emphasized that the Fed intends to push labor markets further with low-interest rates and withhold judgment about the limits of job creation until further outbreaks of the coronavirus have been contained.

Inflation for the last five months has been running at twice the Fed's 2-percent target, and moving in a way Powell said could well satisfy the central bank's benchmark for a rate increase – once maximum employment is reached.

The Fed last year said it would allow higher inflation in hopes of encouraging more job growth, but as prices rose this year so did skepticism about the depth of the central bank's commitment to that new approach.

"Overall, the Fed meeting eased some of the fears on a faster-than-expected rate hike," Jimmy Zhu, chief strategist at Fullerton Research, told CGTN.

However, Zhu warned that if the labor market continues to recover, pressure on Fed to further tighten the policy will return.

"We don't think it is time yet to raise interest rates. There is still ground to cover to reach maximum employment," Powell said, adding that he thought that goal could perhaps be met late next year.

The initial jobless claims data and the Non-Farm Payrolls will be published on Thursday and Friday (U.S. time), respectively.

(With input from Reuters, AFP)