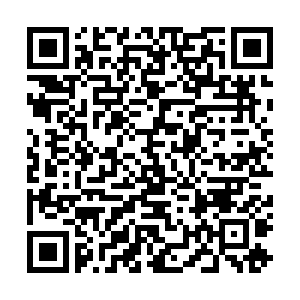 Brick barricades set up by Sudanese anti-coup protesters block a lane of Street 60 in Khartoum East, on October 31, 2021. /CFP

Brick barricades set up by Sudanese anti-coup protesters block a lane of Street 60 in Khartoum East, on October 31, 2021. /CFP

The African Union Commission (AUC) Chairperson, Moussa Faki Mahamat, on Thursday hosted the U.S. Special Envoy for the Horn of Africa, Ambassador Jeffrey Feltman, for talks on developments in Ethiopia and Sudan.

The two countries have been struck by crises, drawing the attention of the international media.

Sudan has been plunged into uncertainty following the October 25 military takeover of the government and detention of civilian government officials.

The country was rocked by protests through the weekend as hundreds of thousands of demonstrators spread across cities and major towns demanded a quick restoration of civilian rule.

Ethiopia on the other hand has been engulfed in tension following reports that Tigray's rebels may advance towards the capital, Addis Ababa.

The Tigray People's Liberation Front (TPLF), which has been fighting Prime Minister Abiy Ahmed's government for a year, has claimed territorial gains in recent days, and is reported to have linked up with another rebel group, the Oromo Liberation Army (OLA).

Feltman said on Tuesday his country was "deeply concerned with violence and tensions" in Ethiopia. He called for a peaceful resolution to the conflict.

"Ending the war is the best path to a more stable, more prosperous country," said Feltman. "We urge Ethiopian leaders – from all parties – to take the steps necessary to arrest the current trajectory and permit its peoples and its partners to restore the promise that Prime Minister Abiy so compellingly outlined at the start of his premiership."