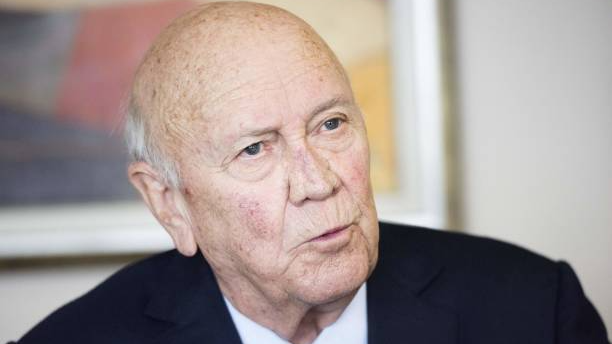 Frederik Willem de Klerk (F.W. de Klerk), the former president who shared the Nobel Peace Prize with Mandela in 1993, answers questions about his memories of Nelson Mandela at his office in Cape Town on July 11, 2017. /Getty Images

Frederik Willem de Klerk (F.W. de Klerk), the former president who shared the Nobel Peace Prize with Mandela in 1993, answers questions about his memories of Nelson Mandela at his office in Cape Town on July 11, 2017. /Getty Images

The ceremony will not be open to the media, the foundation said in a brief statement.

According to the official funeral policy manual issued by the presidency, former presidents of the Republic of South Africa are entitled to a state funeral. However, the funeral arrangement for de Klerk, who passed away on Thursday at his home in Cape Town following a struggle against mesothelioma cancer, has been a heated issue since the announcement of his death.

There is a view that de Klerk should not be granted a state funeral as he was the president of the apartheid regime, under which many black South Africans suffered, and that in an interview in 2020 he didn't agree that apartheid was a crime against humanity, which he later withdrew and apologized for it. His contribution to South Africa's transition also remains controversial among some South African people.

In his statement on the passing of de Klerk, South African President Cyril Ramaphosa praised de Klerk for his "vital role" in South Africa's transition to democracy in the 1990s, and his "courageous decision" to unban political parties, release political prisoners and enter into negotiations with the liberation movement amid severe pressure to the contrary.

De Klerk, died at the age of 85, in his final message repeated his apology in a video clip for the hurt that apartheid has done to black, brown and Indian people in the country. He said he realized that apartheid was wrong since 1980s.

Born in 1936 in Johannesburg, de Klerk, the son of a cabinet minister, during his presidency from September 1989 to May 1994 initiated and presided over the inclusive negotiations that led to the dismantling of apartheid established in 1948 and the adoption of South Africa's first fully democratic constitution in December 1993.