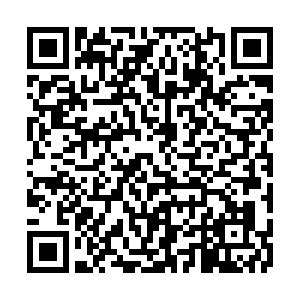 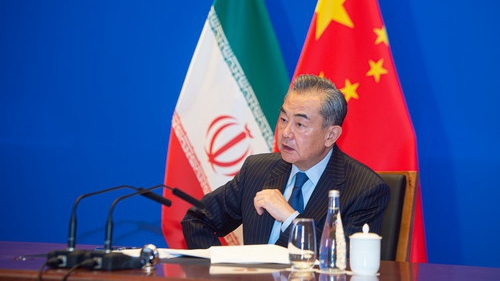 Chinese State Councilor and Foreign Minister Wang Yi said on Wednesday that China understands Iran's reasonable demands on the nuclear issue and supports it in safeguarding its legitimate rights and interests.

Wang made the remarks in a video meeting with Iranian Foreign Minister Hossein Amir Abdollahian days ahead of the resumption of talks in Vienna aimed at reviving a 2015 Iran nuclear deal, officially known as the Joint Comprehensive Plan of Action (JCPOA).

Under the JCPOA between Iran and China, Russia, the United States, Britain, France and Germany, Iran curbed its uranium enrichment program in return for the lifting of economic sanctions by the U.S., the United Nations and the European Union.

In May 2018, the administration of then U.S. President Donald Trump withdrew from the deal and unilaterally reimposed sanctions on Iran. In response, Iran gradually stopped implementing parts of its commitments to the agreement from May 2019.

Six rounds of negotiations have been held in Vienna since April to iron out steps Iran and the U.S. must take in terms of nuclear activities and sanctions, respectively, to return to full compliance with the JCPOA. The talks are scheduled to resume on Monday – the first time since Ebrahim Raisi took office as Iran's president on August 5. Iran has urged the U.S. to lift all sanctions in a verifiable process and provide guarantees that Washington will not abandon the deal again if the talks to revive it succeed. 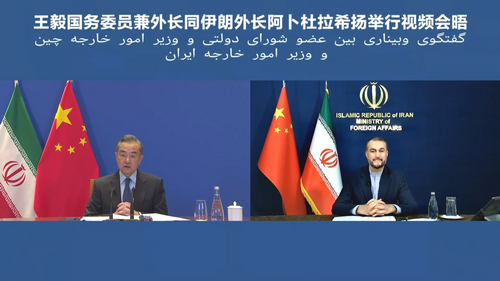 Wang called on relevant parties to stay committed to talks and jointly strive for an agreement in the Vienna negotiations. China welcomes Iran's decision to invite chief of the International Atomic Energy Agency (IAEA) Rafael Grossi to visit the country this week, which has sent positive signals to the world, he said.

Abdollahian appreciated China's constructive role in resuming the Vienna negotiations and said that Iran is willing to participate in the negotiations with a positive attitude. Iran thanks China for upholding justice in the Iranian nuclear issue and international affairs, and is willing to continue to strengthen communication and coordination with China, he said.

The two diplomats also exchanged views on bilateral relations and other issues. This year marks the 50th anniversary of the establishment of diplomatic ties between China and Iran, Wang said, and China is ready to work with Iran to implement the comprehensive cooperation plan and push for new achievements in the China-Iran comprehensive strategic partnership.

He said that the so-called Summit for Democracy proposed by the U.S. is, in essence, to instigate division in the world under the banner of democracy, encourage camp confrontation with ideological lines and carry out American-style transformation of other sovereign countries to serve the strategic needs of the U.S. itself. This practice goes against the trend of the times and is doomed to have no future, he said.

U.S. President Joe Biden plans to host a virtual summit in December that will allegedly "focus on challenges and opportunities facing democracies."

Abdollahian said the comprehensive cooperation plan between Iran and China has pushed the bilateral relations to a new stage, and Iran is willing to deepen exchanges and cooperation with China in various fields. Iran resolutely opposes unilateralism, bullying, double standards and interference in China's sovereignty and internal affairs, he said. He also condemned the politicization of sports events and believes that the Beijing Winter Olympics will be a complete success.

The two sides also agreed to strengthen coordination and cooperation over the situation in Afghanistan.