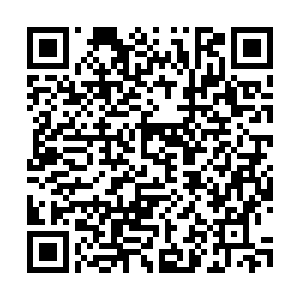 The death toll from powerful tornadoes that devastated several U.S. states rose to over 90 on Sunday. President Joe Biden said the catastrophic event was likely to be "one of the largest" storms in American history.

Tornadoes hit and destroyed a candle factory in Mayfield, Kentucky, killing more than 80 people, Governor Andy Beshear said, a rise from the previous toll of over 70.

"I can tell you from reports that I've received, I know we've lost more than 80 Kentuckians," he told CNN's "State of the Union" program. "That number is going to exceed more than 100."

Beshear said 110 people were working in the factory.

At least six people died at an Amazon warehouse building in Illinois after a tornado hit it on Friday night, said, Governor J.B. Pritzker. Local police said it was still unknown how many workers were missing.

Amazon.com Inc. chief Jeff Bezos Saturday said he was "heartbroken" after learning about the deaths at Amazon warehouse in the state.

"The news from Edwardsville is tragic," Bezos said in a tweet about the town where the facility was located. "We're heartbroken over the loss of our teammates there, and our thoughts and prayers are with their families and loved ones."

Other U.S. states, including Arkansas, Missouri, and Tennessee, have reported tornado-related deaths, totaling at least eight.

At least 331,549 utility customers in several states affected have been left without power, PowerOutage.US said 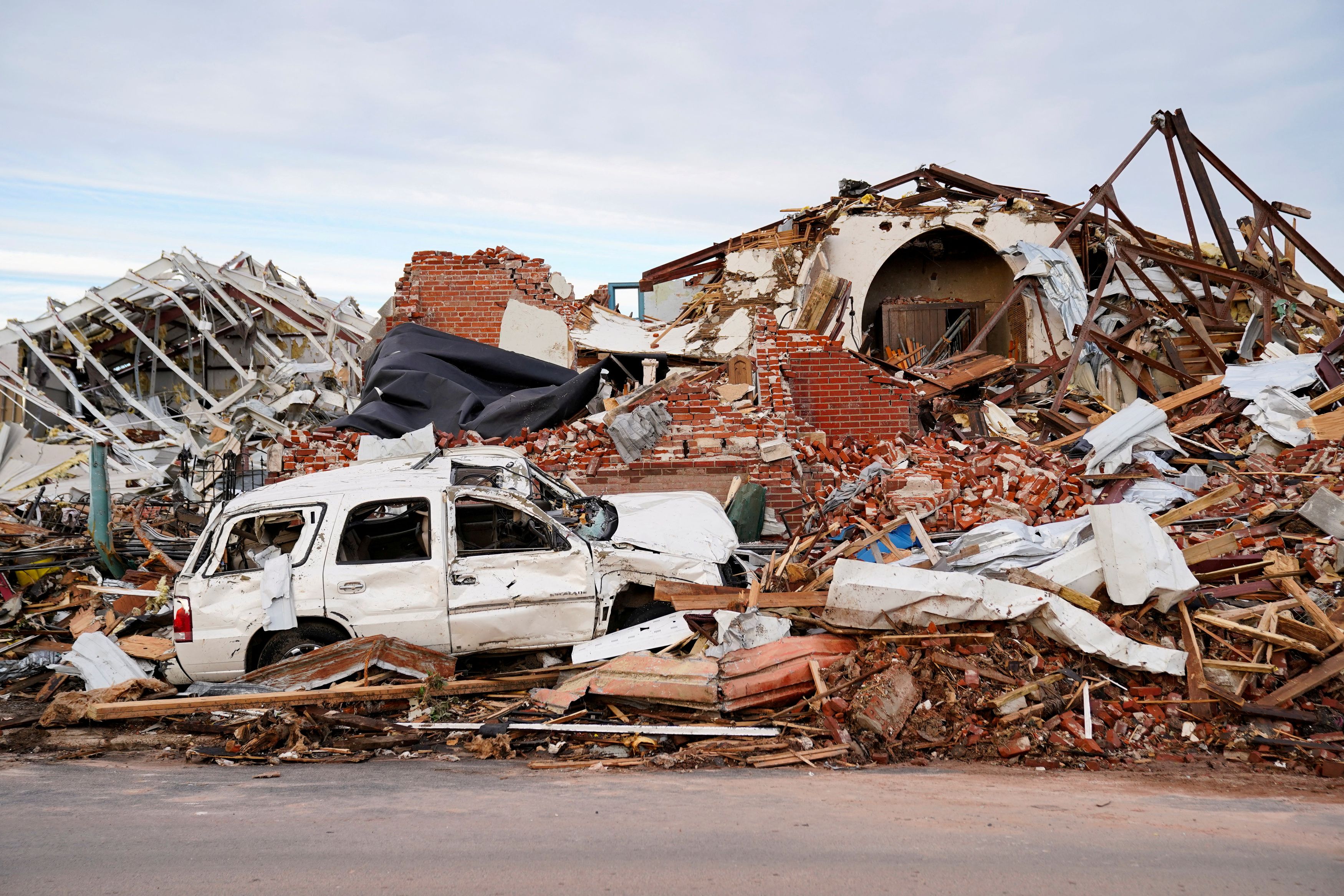 A general view of damage and debris after a devastating outbreak of tornadoes ripped through several U.S. states, in Mayfield, Kentucky, U.S., December 11, 2021. /Reuters

A general view of damage and debris after a devastating outbreak of tornadoes ripped through several U.S. states, in Mayfield, Kentucky, U.S., December 11, 2021. /Reuters

U.S. President Joe Biden on Saturday approved an emergency declaration for the worst-affected Kentucky and was coordinating with state governors in their response.

"This morning, I was briefed on the devastating tornadoes across the central U.S. To lose a loved one in a storm like this is an unimaginable tragedy. We're working with governors to ensure they have what they need as the search for survivors and damage assessments continue," Biden said.

"It's a tragedy. And we still don't know how many lives were lost and the full extent of the damage," Biden told reporters.

According to the White House, Biden had spoken with the governors of five of the states hit by the storms - Arkansas, Illinois, Kentucky, Missouri and Tennessee - to express condolences and a commitment to delivering aid quickly earlier on Saturday.

Biden said emergency funds were also available for the other affected states - Missouri, Arkansas, Illinois, Tennessee and Mississippi - if they needed it.

Over the deadly events, Russian President Vladimir Putin has offered condolences to his U.S. counterpart, Kremlin said on Sunday.

"Russia shares in the grief of those who lost loved ones as a result of this disaster. We hope the victims will recover and that the consequences of this disaster will be overcome quickly," Putin told Biden in a telegram.

Beshear said on Sunday that widespread damage is making rescue efforts a challenge in his state two days after tornadoes swept through the region.

"I've got towns that are gone," Beshear said told CNN.

Deanne Criswell, an administrator of the U.S. Federal Emergency Management Agency, told the program that the rescue effort is ongoing and there is still hope to find survivors.

According to a media report, dozens are still missing from the collapsed Kentucky factory.

There're also reports of missing persons from other affected states.