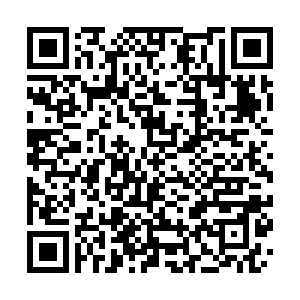 The U.S. State Department said the U.S. will send its top diplomat for Europe to Russia and Ukraine to discuss Russia's troop build up and restate U.S. commitment to Ukraine's sovereignty.

"Assistant Secretary for the Bureau of European and Eurasian Affairs, Dr. Karen Donfried will travel to Kyiv, Ukraine and Moscow, Russia December 13-15 to meet with senior government officials to discuss Russia's military buildup and to reinforce the United States' commitment to Ukraine's sovereignty, independence, and territorial integrity," the Department said on Saturday.

"Donfried will emphasize that we can make diplomatic progress on ending the conflict in the Donbas through implementation of the Minsk agreements in support of the Normandy Format."

The State Department's announcement comes in the wake of a virtual call between U.S. President Joe Biden and his Russian counterpart Vladimir Putin that was intended to help defuse the crisis over Ukraine.

The call, held on Tuesday, saw Biden express concern about Russia's military build-up and warn Putin of unprecedented economic sanctions if it invaded its southern neighbour.

Ukraine has accused Russia of assembling tens of thousands of troops on its border in preparation for a potential large-scale military offensive.

Russia, on its part, has denied planning any attack but accuses Ukraine and the U.S. of destabilising behaviour, and argued it needs security guarantees for its own protection.

Putin has said talk of an invasion is "provocative" and accused Ukraine and the military alliance NATO of fanning tensions.

The UK, which is the current chair of the G7, appealed to its members to be more vocal in their defence of what it labeled as "the free world".

"We need to defend ourselves against the growing threats from hostile actors and we need to come together strongly to stand up to aggressors who are seeking to limit the bounds of freedom and democracy," UK foreign minister Liz Truss said.