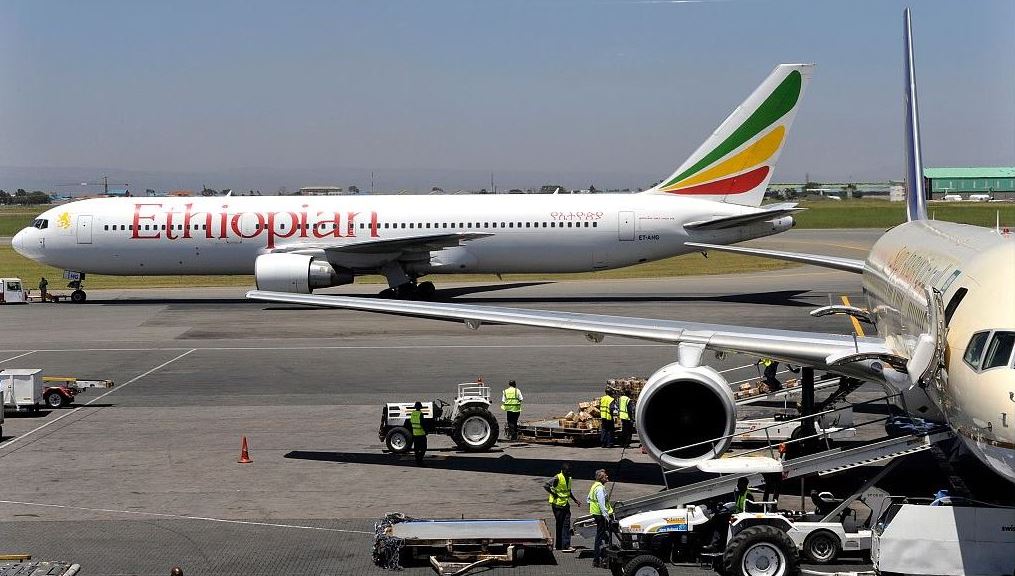 FILE PHOTO: An Ethiopian Boeing 737 aircraft pictured leaving a hanger at the Jomo Kenyatta International Airport in Nairobi in preparation for a flight. (Photo by Simon MAINA via CFP)

FILE PHOTO: An Ethiopian Boeing 737 aircraft pictured leaving a hanger at the Jomo Kenyatta International Airport in Nairobi in preparation for a flight. (Photo by Simon MAINA via CFP)

Ethiopian Airlines plans to resume flying Boeing 737 MAX planes on its fleet starting February 1,  the carrier's chief executive said on Monday, citing confidence over the safety of the fleet.

"Safety is our top most priority at Ethiopian Airlines and it guides every decision we make and all actions we take," Tewolde Gebremariam said in a statement.

"It is in line with this guiding principle that we are now returning the B737 MAX to service not only after the recertification by the FAA (Federal Aviation Administration), EASA of Europe, Transport Canada, CAAC, ECAA and other regulatory bodies but also after the return to service by more than 34 airlines around the world," the statement added.

The Ethiopian carrier grounded its fleet of Boeing 737 MAX 8 jets as an "extra safety precaution" following the 2019 crash of flight ET 302 that killed all 157 people on board.

The flight had just departed Bole International Airport in Addis Ababa to Nairobi when it reported technical problems and asked for permission to turn back. It fell from the sky shortly afterwards.

The crash was the second such incident involving a new Boeing aircraft.

"In line with our initially stated commitment to become among the last airlines to return the B737 MAX, we have taken enough time to monitor the design modification work and the more than 20 months of rigorous recertification process and we have ensured that our pilots, engineers, aircraft technicians, cabin crew are confident on the safety of the fleet," Gebremariam noted.

Boeing has also given the aircraft a clean bill of health to continue operations.

"Since the 737 MAX returned to service, airlines have flown nearly 240,000 flights around the world, and are conducting more than 1,300 flights every day," Boeing said in a statement in November.

U.S.-based carriers American, Delta and Southwest put the MAX back in the skies in early 2021.