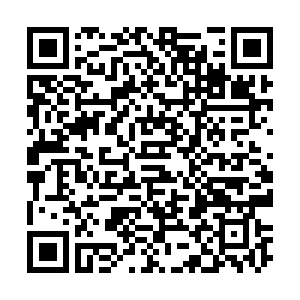 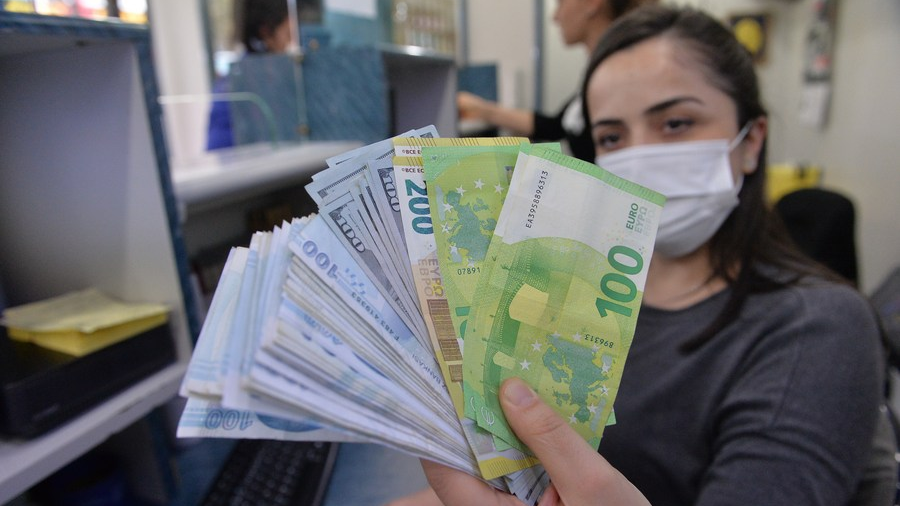 A teller shows banknotes at an exchange office in Ankara, Turkey on December 16, 2021. /Xinhua

A teller shows banknotes at an exchange office in Ankara, Turkey on December 16, 2021. /Xinhua

The free fall of the Turkish lira, which had continued throughout most of the year, has come to a halt after Turkish President Recep Tayyip Erdogan announced on December 20 plans to protect lira deposits and stop panic dollarization.

The government's plan has managed to support the embattled currency at the eleventh hour. From an all-time low of 18.35 liras per U.S. dollar, it traded at around 12.22 liras against the greenback on Wednesday, according to the country's central bank.

However, economists said the currency turmoil, which has marked this year, has left the country's economy vulnerable to further shocks in 2022, especially high inflation.

Prior to the policy shift, the central bank had made consecutive interest cuts, which many economists believed contributed to the devaluation of the Turkish currency. Since January, the lira has lost roughly 60 percent of its value, while the annual inflation was 21.3 percent in December. In fact, the currency is still significantly lower compared to the same period in 2020 despite the recent rebound.

The Turkish leader has been steadfast in pushing for low-interest rates, which he insists will fight inflation. But such a model is disputed by several economists.

The crash of the lira in the last two months significantly drove prices of essential goods, food, and utilities higher, thus bringing down the living standards of households. To address some of the concerns, the Turkish government has increased the minimum wage for millions of workers by a whopping 50 percent for 2022.

Economists are divided on Erdogan's currency plans and the economic outlook in general for the next year. Some have seen his rescue plan as a veiled interest rate hike.

Turkish economist and writer Mustafa Sonmez said the measures have failed to stop citizens from buying hard currencies to save their spending against rampant inflation.

"The plan has not encouraged citizens to sell their hard currencies. On the contrary, deposits in U.S. dollars have increased by 2 billion dollars according to the Banking Regulation and Supervision Agency's figures," he told Xinhua.

Sonmez stressed that Erdogan's insistence on low-interest rates has put a serious burden on the already low foreign currency reserves of the central bank ahead of foreign debt repayments due in 2022.

Meanwhile, Emre Alkin, a finance expert and Istanbul-based scholar, said the government delivered on its promise to reverse the depreciation of the lira with its string of financial measures.

"It seems that a segment of the population has faith in this new lira-denominated deposit system," he said, refuting criticism that it is a veiled interest rate hike.

He qualified the government scheme as "rational" in the aftermath of currency turmoil and current financial circumstances.

"One should not think that these problems will be resolved on their own with only the revaluation of the lira," he remarked.

The Turkish gross domestic product (GDP) is expected to grow by 9 percent in 2021. But high inflation has cast a long shadow over the prospect of the country's economy.