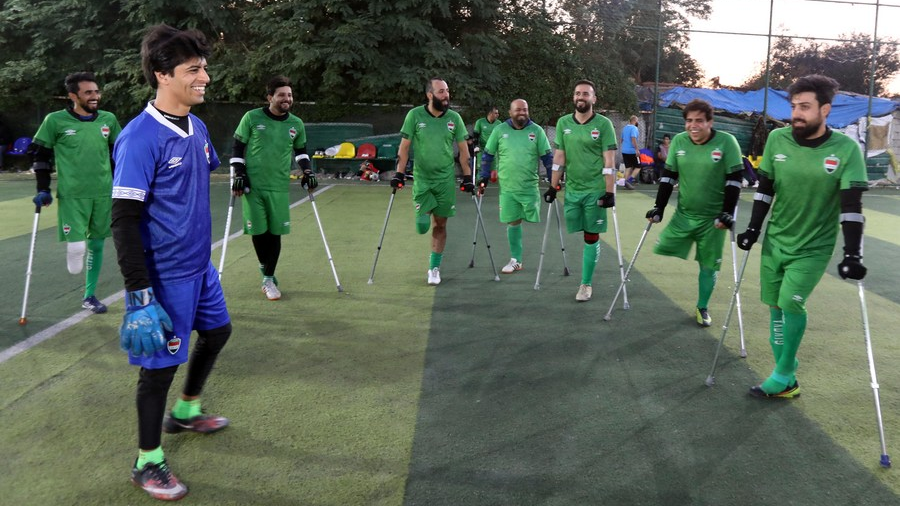 Just like the famous words of Ludwig van Beethoven "I will take fate by the throat," a group of young Iraqi amputees chose to defy their fate by forming a football team.

Bathed in a golden sunset on the bank of the Tigris River, several footballers of the amputee team were training on a mini soccer field in central Baghdad.

The amputee team was formed five months ago by Mohammed Adnan Ibrahim. The 30-year-old man, who lost one leg in a roadside bomb explosion in Baghdad, wished more young Iraqis with disabilities to play sport after he learned that there are many regional and international tournaments for amputees.

To attract amputees aged between 20 and 30 to form the football team, Ibrahim made an advertisement on social media. Luckily, he received dozens of calls from young men wishing to join the team.

Within a few months, Ibrahim's dream of creating football teams for amputees has gone through a new phase.

"We now have several teams in other Iraqi cities, including Basra, Nineveh and Najaf. We are working to establish a national federation by cooperating with the Iraqi Ministry of Youth and Sports," he told Xinhua.
Ali Mohammed, who used to play football before losing his left arm in a car bomb explosion, joined the team as soon as he read Ibrahim's advertisement.

"When I learned about this (amputee football team), I joined the team to continue the sport that I have passion with," Mohammed told Xinhua.

Mohammed said that the team is preparing to participate in tournaments at home and abroad in 2022. The team now relies mainly on donations from its members and some non-governmental organizations.