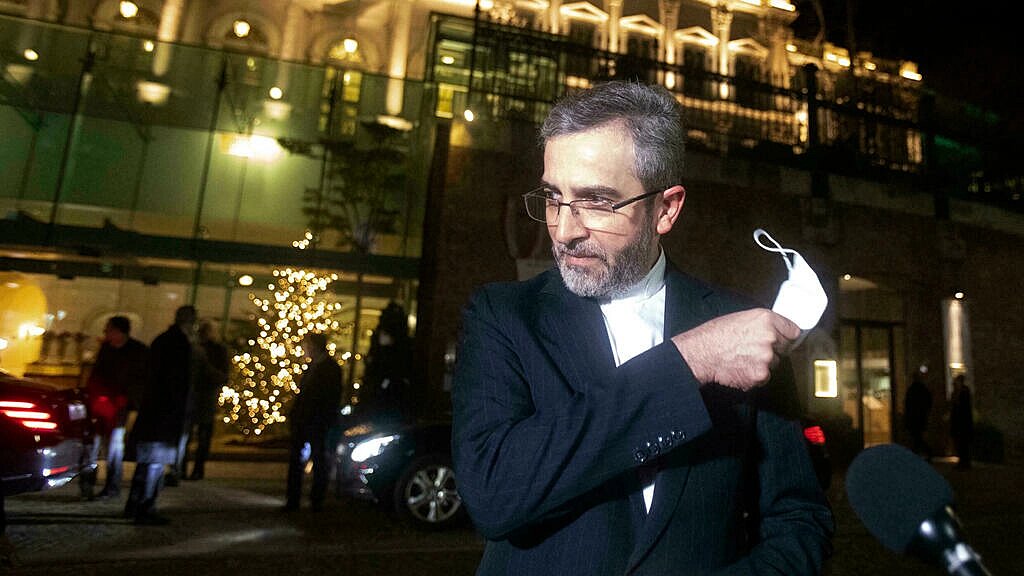 Iran's chief nuclear negotiator Ali Bagheri speaks to the press in front of the Palais Coburg, venue of the meeting that aims at reviving the Iran nuclear deal, in Vienna on December 27, 2021. /AFP

Iran's chief nuclear negotiator Ali Bagheri speaks to the press in front of the Palais Coburg, venue of the meeting that aims at reviving the Iran nuclear deal, in Vienna on December 27, 2021. /AFP

"Some written changes on the lifting of sanctions were established between the two parties and relatively satisfactory progress has been made over the first days of the eighth round of negotiations," Bagheri said in a video published by Tasnim news agency.

His remarks come two days after negotiators from Britain, France and Germany described the talks as "urgent", warned that "we are nearing the point where Iran's escalation of its nuclear programme will have completely hollowed out" the deal.

Negotiations to restore the 2015 agreement began earlier this year but stopped in June as Iran elected a new ultraconservative government. They resumed in late November with the latest round getting underway on Monday.

The 2015 deal offered Iran much-needed relief from sanctions that have weighed heavily on its economy.

But the unilateral withdrawal by then-U.S. president Donald Trump derailed the deal and prompted Tehran to walk back on its commitments under it.

Iran had announced in April that it had begun enriching uranium up to 60 percent purity, well beyond the 3.67 percent threshold set by the pact. Uranium enriched to 90 percent purity is considered weapons grade.

But on Saturday, Atomic Energy Organization of Iran director Mohammad Eslami said Tehran had no plans to enrich uranium beyond 60 percent, even if the Vienna talks fail.

"The discussions focused mainly on the lifting of sanctions," Bagheri said Thursday.

"We hope that after a few days of pause, more serious work will continue on the question of lifting sanctions," he continued.

Talks are due to pause briefly before resuming on January 3.

U.S. State Department spokesman Ned Price said Tuesday "there may have been some modest progress" in the negotiations.

Unlike other parties to the deal, Washington has only been engaged in the talks indirectly.

Shortly before Bagheri's remarks, Iran had announced that it carried out a new space launch, a move likely to irk Western powers amid the ongoing talks.