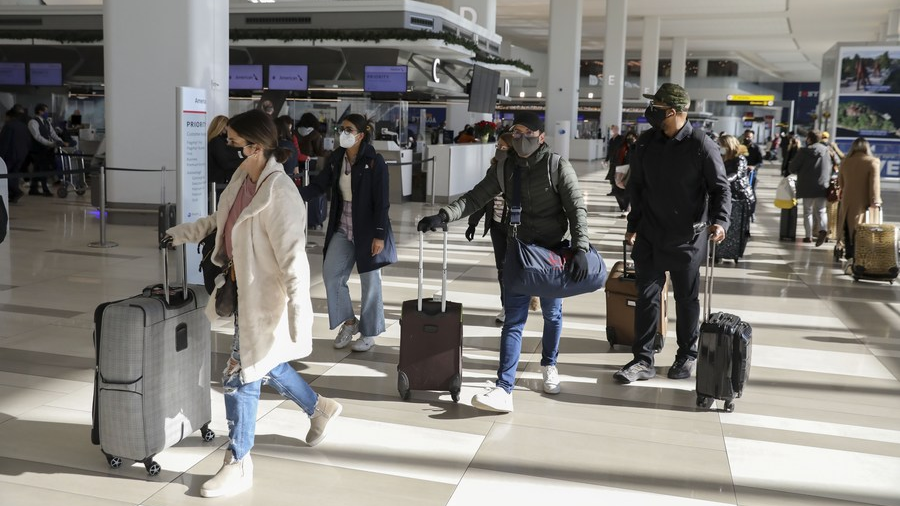 Over 2,000 flights have been canceled on New Year's Day as the Omicron variant of COVID-19 continued to upend airline operations during the holiday travel season in the United States.

According to Flight-Aware, a flight-tracking website, 2,311 flights entering, leaving or within the United States were canceled as of 7:30 a.m. ET on Saturday, and another 424 flights were delayed.

Southwest has the most cancellations among major U.S. carriers with 457 scrapped flights as of 7:30 a.m. ET. Meanwhile, nearly 190 American Airlines flights were canceled in addition to 180 Delta and 142 United flights. JetBlue had 118 canceled flights and Spirit had 91.

"The disruptions have continued throughout the holiday week, stranding holiday travelers at airports across the nation", reported Fox Business.

Major carriers such as Delta, United and JetBlue have all blamed the Omicron variant for causing staffing problems that ultimately lead to flight cancellations, according to the report.

Earlier this week, a United spokesperson noted that it was unclear when normal operations would return.

Flight delays and cancellations tied to staffing shortages have been a regular problem for the U.S. airline industry over the past year.

The latest disruptions come at a time when the Transportation Security Administration (TSA) projected that travel volume will near pre-pandemic levels.