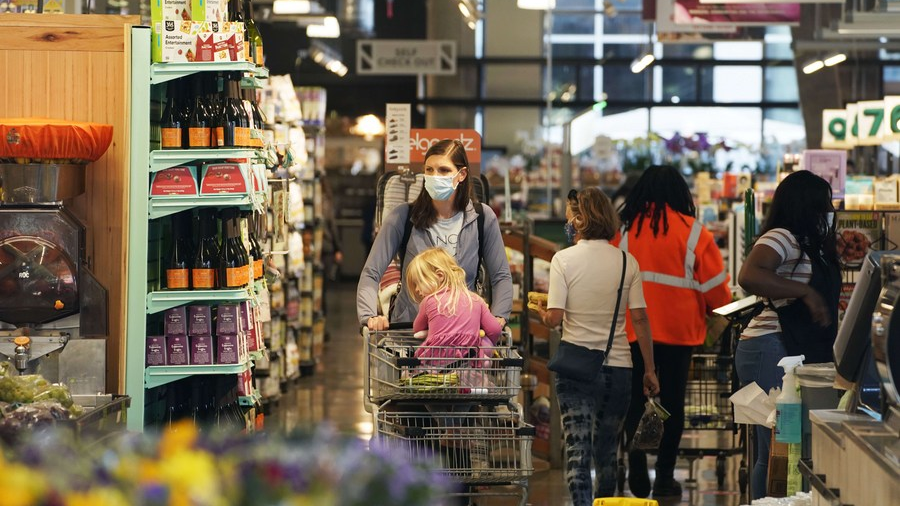 Retail sales totaled 626.8 billion U.S. dollars in December, 16.9 percent above December 2020, according to the report.

Noting that losses were broad-based, Diane Swonk, chief economist at major accounting firm Grant Thornton, noted in an analysis that the drop was "even larger" after adjusting for the 0.5 percent advance in inflation during the month.

Swonk also noted that the drop occurred as hospitalizations surged last winter. "That bodes poorly for January and underscores the risk of a hard stop or contraction in growth during the first quarter," she said.

Tim Quinlan and Shannon Seery, economists at Wells Fargo Securities, said in an analysis, meanwhile, see the cratering in retail sales "more as a reflection of early shopping and pulled-forward demand than an Omicron impact or a seminal change in consumer activity,"

"Inflation will be a bigger headwind for consumers than COVID in 2022," Quinlan and Seery added.

November's retail sales were revised down from an increase of 0.3 percent to 0.2 percent, the Commerce Department report noted. Total sales for the October 2021 through December 2021 period were up 17.1 percent from the same period a year ago.

The retail sales data was released two days after the U.S. Labor Department reported that consumer prices in December continued to rise at the fastest annual pace in almost 40 years.

The consumer price index (CPI) last month rose 0.5 percent from the previous month and 7.0 percent from a year earlier, the largest 12-month increase since June 1982, according to the department's Bureau of Labor Statistics.