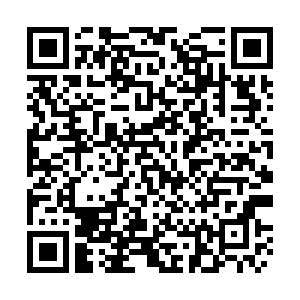 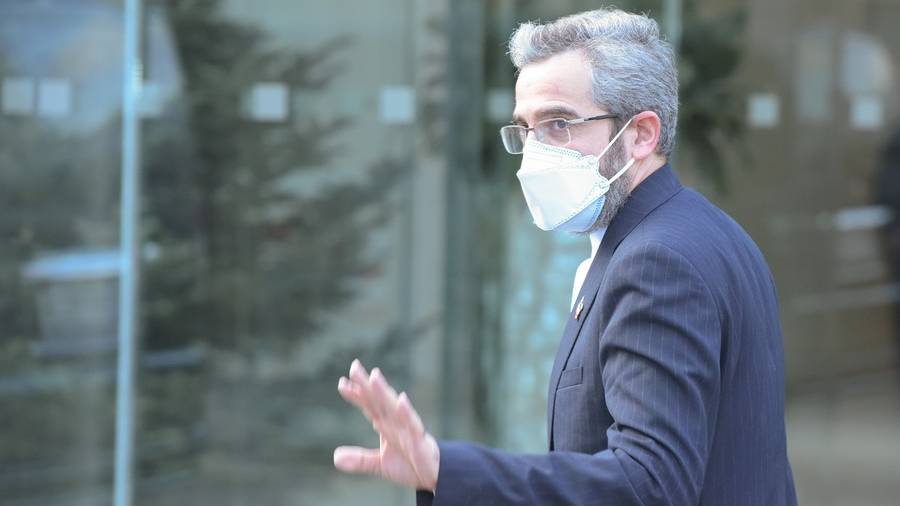 Iran's chief nuclear negotiator in the Vienna talks Ali Bagheri Kani arrives at the venue of the Iran nuclear talks in Vienna, Austria, on Dec. 17, 2021. /Xinhua

Iran's chief nuclear negotiator in the Vienna talks Ali Bagheri Kani arrives at the venue of the Iran nuclear talks in Vienna, Austria, on Dec. 17, 2021. /Xinhua

Chief negotiators of Iran and three European countries on Friday temporarily returned to their capitals for consultations as expert talks continue, providing the latest evidence that international talks to salvage the Iranian nuclear deal in Vienna have been moving forward.

The return of chief negotiators to their countries does not mean the eighth round of talks has stopped, according to the website of Iran's Foreign Ministry. The eighth round of negotiations between Iran and other remaining signatories to the Joint Comprehensive Plan of Action (JCPOA) began on Dec. 27 with the United States indirectly involved after its pullout in 2018 from the landmark pact.

"Before Christmas, I was very pessimistic," he said, adding that "today I believe reaching an accord is possible," even within the coming weeks.

Meanwhile, there is "real progress" on the restoration of the JCPOA, Russian Foreign Minister Sergey Lavrov said on Friday.

"There is real progress there, there is a real desire, first of all between Iran and the United States, to understand specific concerns, to understand how these concerns can be taken into account in a common package," Lavrov told a press conference.

"The number of issues of difference has decreased and delegations are busy to discuss the way of implementing any potential agreement," the report said, quoting an informed source on condition of anonymity.

Also, Mikhail Ulyanov, head of Russia's delegation to the nuclear negotiations, tweeted on Thursday that the diplomats in Vienna primarily paid attention to "to (the) implementation of a future deal."

"We need to agree on who will be doing what and when on the way towards full restoration of the nuclear deal," which is not an easy task, he added.

Though in a positive atmosphere, it's reported that a wide range of issues remains unresolved in the nuclear talks, given Iran and the United States, the two main parties, indirectly exchanging messages.

"We are discussing difficult issues and considering the ways to prepare the draft of the agreed principles," Iran's Mehr News Agency reported on Saturday, citing a source close to the Vienna talks.

According to the reports, about the removal of the sanctions and nuclear issues, lots of disputes have been resolved, and the negotiators "are increasingly working on the third appendix on how to implement and sequence the possible agreement."

The informed source noted that this phase of negotiation is "one of the most tedious, time-consuming and difficult parts of the negotiation, but it is indispensable to achieve the goal."

Based on reports from the venue of the talks, the Iranian negotiators have been focusing on assurances and verification of U.S. next moves, which the Western parties were opposed to, so as to "reach a good and acceptable agreement that will guarantee the Iranian nation's rights and interests."

As the indirect negotiations between the United States and Iran reach a critical stage, neither side "wants to seem too eager to compromise, which would risk appearing weak," New York Times commented recently.

While the diplomatic endeavors are going on, Washington still carries on with its pressure campaign. There are only "a few weeks left to see if we can get back to mutual compliance," U.S. Secretary of State Antony Blinken said Thursday, warning his country stands ready to look at "other options" if negotiations fail.

However, Tehran has repeatedly vowed that it will not make hasty concessions under pressure. "Unfortunately, many of the weaknesses of the JCPOA ... have been due to the influence of the negotiators from the U.S. psychological pressures and the haste in signing the JCPOA agreement," said a news article published by Nour News website, which is affiliated with Iran's Supreme National Security Council.

To move the negotiations forward, the United States, Iran's Tehran Times daily suggested, can "greenlight the release of Iranian assets as a goodwill gesture to pave the way for a lasting agreement," not an interim one that is unlikely to be accepted by Iran.

Ali Vaez, Iran expert at the International Crisis Group, said in a recent podcast episode that to revive the JCPOA, given former U.S. President Donald Trump's "original sin," the United States "should go first and offer sanctions relief in areas that are actually open to verification," primarily in Iran's oil exports and related services, as well as its ability to repatriate all revenues and access to its frozen assets.

Vaez also suggested Americans and Europeans provide assurances that Iran would be able to, at least during a Biden or Democratic administration, "keep the benefits of the agreement, as long as its own nuclear commitments are fulfilled."

In parallel to Washington taking those steps, Iran should freeze its nuclear program to give time and room for verification, he added.