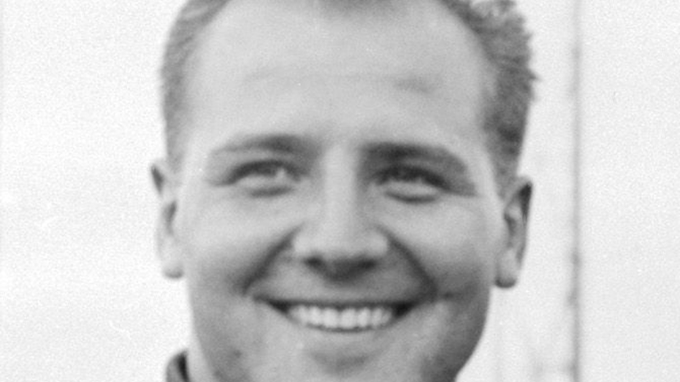 World Athletics is deeply saddened to hear that former world discus record-holder Rink Babka, who claimed Olympic silver in 1960, has died at the age of 85.

With a throw of 58.02m, Babka finished runner-up to four-time Olympic gold medallist Al Oerter at the Games in Rome, and with their teammate Dick Cochran claiming bronze, the U.S. achieved a clean sweep of the medals.

The month before, Babka had equalled the world record by throwing 59.91m in Walnut. He would later improve his best to 63.94m in Nevada in 1968.

Born in Cheyenne in Wyoming on 23 September 1936, Babka was involved in American football, basketball and baseball as well as athletics while at school and, after suffering knee injuries, focused on throwing when at the University of Southern California. He co-captained the USC NCAA championship team in 1958 and went on to be inducted into the USC Athletic Hall of Fame in 2009.

At the 1960 Olympics, Oerter and Babka were the favourites, with Babka having claimed victory at the US Olympic Trials and equalled Edmund Piatkowski's world record set the year before.

Oerter had broken his own Olympic record with 58.43m in qualifying but it was Babka who took the early lead in the final the following day, throwing 58.02m in the first round.

Babka remained in the lead until the penultimate round, when he advised his compatriot to carry his left arm higher in the circle. Oerter did so and achieved another Olympic record of 59.18m to get the gold. Babka's best remained 58.02m and Cochran threw 57.16m for bronze, as the U.S. achieved a third clean sweep in the event at the Olympics.

Babka went on to achieve further medal success at the Pan American Games, claiming silver in 1967, and after his athletics career he became a successful businessman.

As well as his athletics and business achievements, Babka was also an artist and had some of his work displayed with Art of the Olympians, which was founded by Oerter.