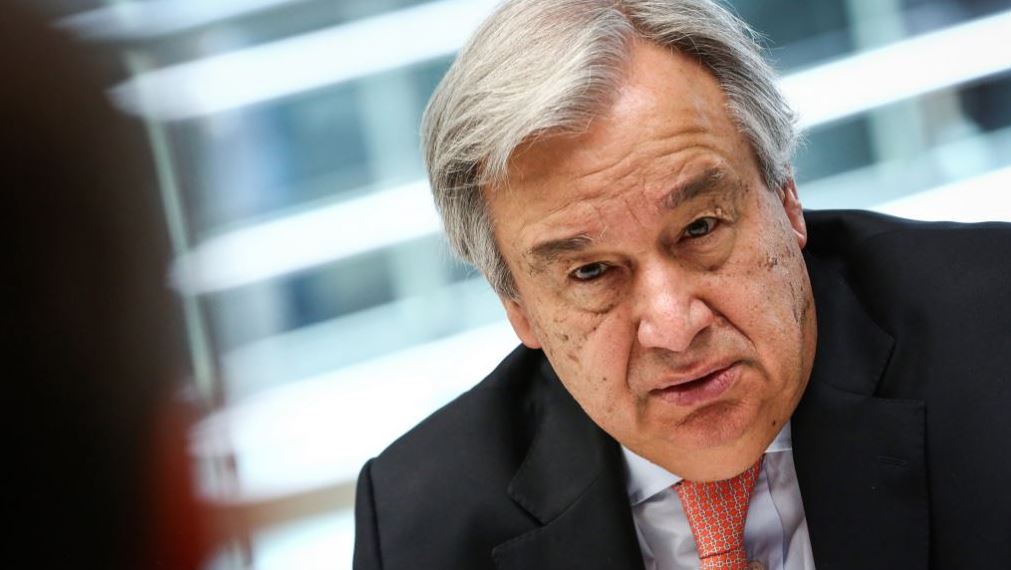 The U.N. secretary-general, Antonio Guterres started his second term at the helm on Thursday but he was quick to point out that the world is worse in many ways than it was five years ago because of the COVID-19 pandemic, the climate crisis and geopolitical tensions that have sparked conflicts everywhere — but unlike U.S. President Joe Biden he thinks Russia will not invade Ukraine.

While being interviewed, Guterres said that the appeal for peace he issued on his first day in the U.N.'s top job on Jan. 1, 2017 and his priorities in his first term of trying to prevent conflicts and tackle global inequalities, the COVID-19 crisis and a warming planet haven't changed.

"The secretary-general of the U.N. has no power," Guterres said. "We can have influence. I can persuade. I can mediate, but I have no power.”

Before he became U.N. chief, Guterres said he envisioned the post as being "a convener, a mediator, a bridge-builder and an honest broker to help find solutions that benefit everyone involved.”

He said Thursday these are things “I need to do every day.”

As an example, the secretary-general said this week he spoke to the African Union's envoy Olusegun Obasanjo, twice with Kenya's President Uhuru Kenyatta, and once with Ethiopia's Prime Minister Abiy Ahmed in his attempt to get a cessation of hostilities in Ethiopia between the government and forces in the embattled Tigray region.

"I hope that we are in a situation in which it might become soon possible to have a cessation of hostilities and that is where I'm concentrating most of my efforts,” Guterres said.

As another example, Guterres said he has also been on the phone to try to get Mali's military leaders who recently delayed elections scheduled for next month to 2026 to reduce the timetable. He said he spoke to Mali’s military ruler, President Assimi Goita, three presidents from the 15-nation West African regional group ECOWAS, Algeria's prime minister and the African Union's leader about "how to make sure that in Mali, there is an acceptable calendar for the transition to a civilian government.”

Guterres said he hopes Mali's military leaders will understand that they need to accept "a reasonable period" before elections. The secretary-general believes voting should be held in "a relatively short amount of time," and said: "All my efforts have been in creating conditions for bridging this divide and for allowing ECOWAS and the government of Mali to come to a solution with an acceptable delay for the elections.”

Guterres said the U.N. Security Council, which does have the power to uphold international peace and security including by imposing sanctions and ordering military action, is divided, especially its five veto-wielding permanent members. Russia and China are often at odds with the U.S., Britain and France on key issues, including Thursday on new sanctions against North Korea.

He singled out three immediate priorities that "are worrying me enormously”: the lack of vaccinations in large parts of the world, especially in Africa; the need to reduce emissions by 45 percent in this decade to try to meet the international goal of trying to limit future global warming to 1.5 degrees Celsius (2.7 degrees Fahrenheit); and the "extremely unjust" financial situation in the world that favors rich countries.

Many developing countries have very few resources, high debts that are growing and they pay much higher interest rates than in Europe or North America, have no vaccines, and disproportionately "suffer the impacts of climate change," Guterres said.