Download
Vaccine Pass: Thousands protest in Sweden against it
CGTN 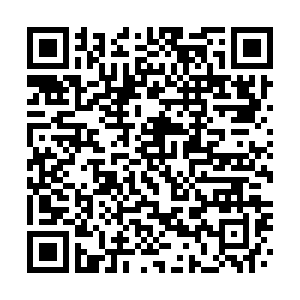 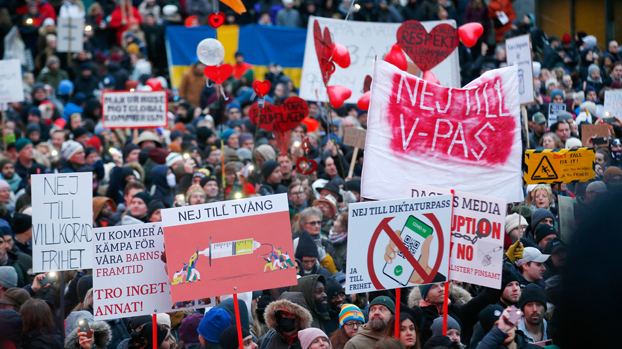 Anti-vaccine protesters take part in a demonstration under the motto "For a free Sweden without vaccine pass" in Stockholm, on January 22, 2022. /AFP

Anti-vaccine protesters take part in a demonstration under the motto "For a free Sweden without vaccine pass" in Stockholm, on January 22, 2022. /AFP

Thousands of people demonstrated in Sweden's two biggest cities on Saturday against the use of vaccine passes, in marches that unfolded calmly after police had warned of possible clashes.

Security police Sapo had expressed concern that neo-Nazi groups and opponents could face off at the demonstration in Stockholm.

Around 9,000 people marched through the streets of the capital Stockholm to the Sergels Torg square chanting "No to Vaccine Passes, Yes to Freedom" in a protest organised by a group calling itself the Freedom Movement.

One of the marchers, 30-year-old Julia Johansson, said vaccine passes "discriminate against a lot of people".

"We have to be able to decide ourselves what we want to do with our own bodies," she told AFP.

"No matter how much you say (vaccination) isn't a requirement, it is if you lose rights in society over it.”

They have been mandatory since January 12 for indoor events of more than 50 people, as the country battles an unprecedented surge of infections with around 40,000 cases reported per day in the past week.

More than 83 percent of Swedes over the age of 12 are fully vaccinated.

Some of the demonstrators wore the markings of violent extremist groups such as the neo-Nazi group NMR, and covered their faces to prevent identification.

Some also set off red flares that lit the sky a smoky red, but police said no clashes were reported.

A number of vaccination centres in the city had closed early on Saturday as a precaution.

In Sweden's second-biggest city Gothenburg, another demonstration gathered around 1,500 people.

Sweden made headlines in the early days of the pandemic when it, unlike most other countries, did not introduce any form of lockdown or school closures.

Instead, it adopted a softer approach, recommending social distancing, homeworking and only limited use of facemasks.

It did however ban visits to elderly care homes, limit public gatherings and restrict opening hours at bars and restaurants.

Sweden's death toll , around 15,600 of the 10.3 million population is around the European average, but is significantly higher than in neighboring Norway, Finland, and Denmark.