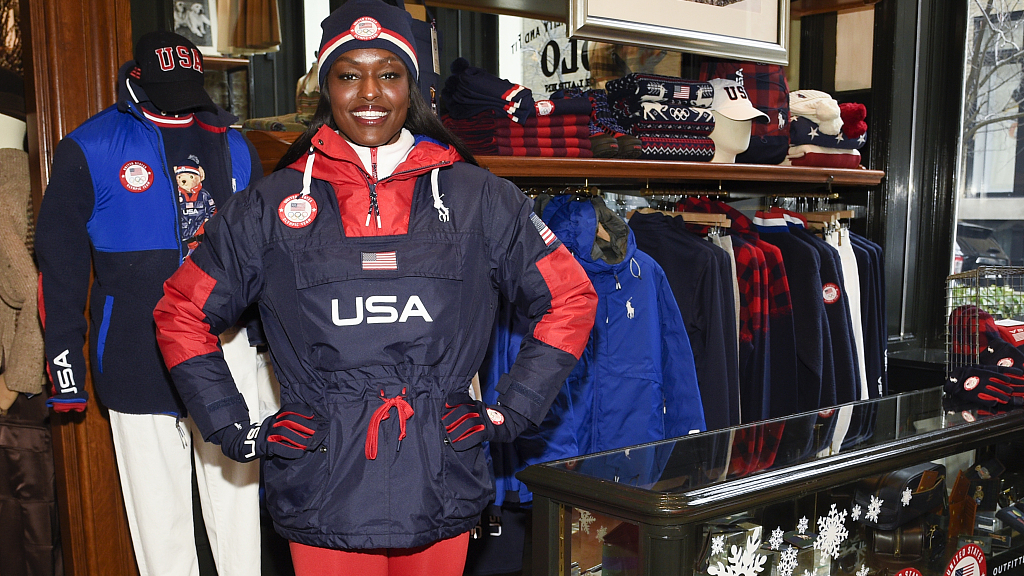 Less than six months after the Summer Olympic Games wrapped up in Tokyo, the top U.S. winter athletes will look to shine on ice and snow at the upcoming Beijing 2022 Olympic Winter Games.

The U.S. has dispatched a 223-person contingent to Beijing 2022, the second-biggest team the country has ever sent to a Winter Games.

Alongside rising stars including Nathan Chen, Erin Jackson and Kristen Santos, the U.S. athletes will look forward to improving upon Team USA's nine gold and 23 total medals from four years ago at PyeongChang 2018.

Once again, Shiffrin leads the U.S. Alpine skiing team into the Olympics. At 26 years old, Shiffrin already has two golds and one silver under her belt from two previous Olympics.

She'll be favored to win more in Beijing, especially in the technical events of slalom and giant slalom.

"I have to do a lot more preparation, like mentally, just understanding how that is going to affect me mentally and physically throughout," said Shiffrin, the 2014 Olympic champion in slalom and 2018 champion in giant slalom.

"It definitely takes a lot of my focus to think: 'What are the boxes we have to check even totally outside of skiing and technique and tactics and the physical side of things?'" she added.

Only two skiers have won more World Cup races than Shiffrin, and with 73 titles, she's closing in on fellow American Lindsey Vonn (82) and Sweden's Ingemar Stenmark (86) for the top spot.

Meanwhile, skiers like Bryce Bennett, Travis Ganong and Ryan Cochran-Siegle will try to get the U.S. men back on the podium after missing out in 2018.

The addition of snowboarding to the Olympic Winter Games in 1998 has proven to be a boon for Team USA, as Americans have won a record 31 medals in the event, and that number is likely to rise in Beijing.

The U.S. team brings back both defending champs in halfpipe (Kim and White) and slopestyle (Jamie Anderson and Red Gerard).

Superstar White became the first snowboarder to win a third Olympic gold medal when he claimed another halfpipe title in PyeongChang.

The 35-year-old, who's recovering from an injured ankle, will aim to make it four in the men's halfpipe.

One of two snowboarders to own three Olympic medals, Anderson comes into Beijing as the two-time defending slopestyle champ. The 31-year-old also claimed a silver medal in the Olympic debut of Big Air in 2018, and should be a contender again in both events.

"I feel like I still want to pursue this Olympic journey because it really is such a gift to be on that world stage," said Anderson.

Chen's Olympic debut in 2018 didn't start as planned as he finished 17th in the short program. But his rousing free skate a few days later was a sign of things to come.

Chen soon began a winning streak that included the 2018, 2019 and 2021 world titles. Zhou, a former world championships bronze medalist, could also be a podium contender in Beijing.

And when it comes to long-time competition against Hanyu, Chen has always said the Japanese star is the benchmark for what an exceptional figure skater should be.

"Yuzuru has definitely pushed me. I remember watching him when I was at the Junior Grand Prix final and he was at the senior final and I was amazed at how good he was, how much he commanded the audience. He was a shining star in figure skating," Chen said.

Besides, Team USA has also developed a new reputation as a top ice dance country. Madison Chock/Evan Bates and Madison Hubbell/Zachary Donohue both hit top form recently and will be medal contenders in Beijing.

Other stars to watch include defending Olympic champions David Wise in freestyle skiing and Diggins in cross-country skiing, while Erin Jackson, the first black woman to make the U.S. Olympic speed skating team in 2018, and short-track speed skater Santos, are also expected to make a splash in Beijing.

Elsewhere, the U.S. women's ice hockey team claimed its second gold medal, and first since 1998, in a thrilling shootout victory over Canada in PyeongChang 2018. The two rivals are still the strongest in the sport and are favorites to contend for gold again.